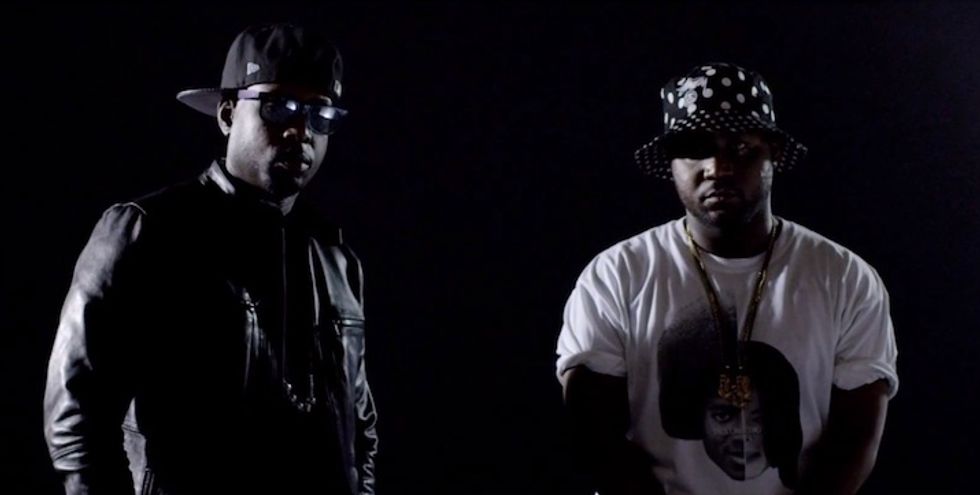 When we got word that longtime Okayplayer Talib Kweli would be in South Africa last month, we asked Maftown champ Cassper Nyovest to show Brooklyn's legendary around Johannesburg. The two emcees hit it off on their day out in Jozi for Okayafrica TV (which marked their first time meeting), where after a full morning of cruising around Soweto, Nyovest invited Kweli back to the studio with him. Early Monday morning Nyovest let loose his highly anticipated same-day Kweli collaboration, a remix to his massive 2014 Jozi rap anthem, "Doc Shebeleza." Nyovest, who officially went gold in SA (selling 20,000+ copies) this week for his debut album Tsholofelo, surprised us all this morning with a video for his "Doc Shebeleza Remix." Watch it below and stay tuned for Okayafrica TV's behind-the-scenes video coming soon.