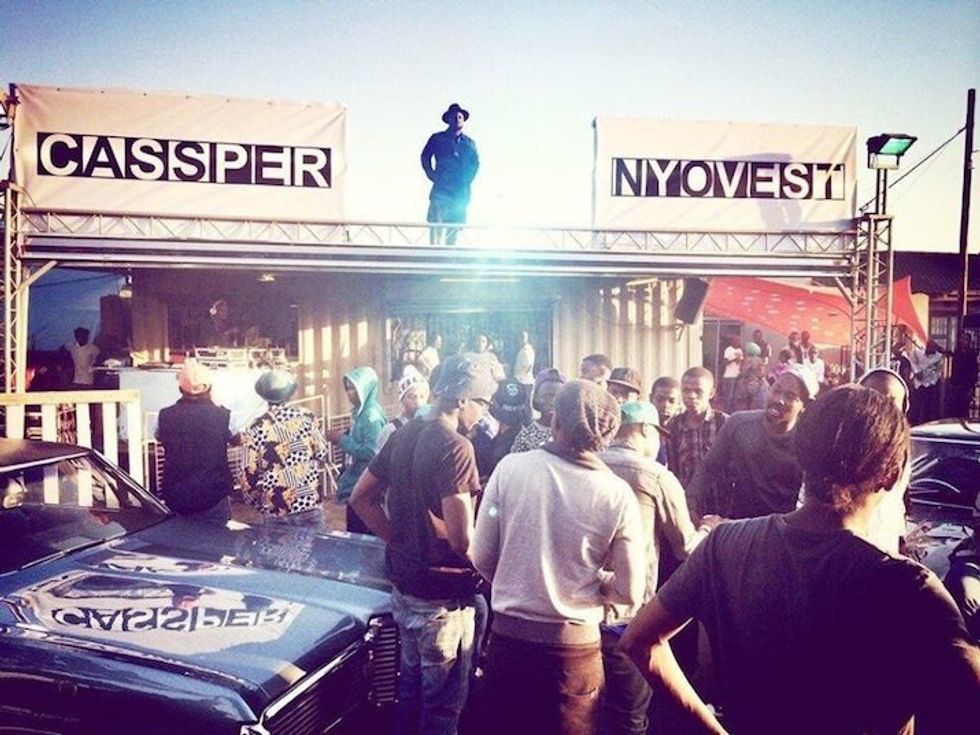 Last year Mafikeng rap don Cassper Nyovest made his grand introduction with JHB's definitive street anthem of 2013, his twisted, chopped-up "Gusheshe" rap (one of our Top Songs of 2013) joined by Okmalumkoolkat. This year Nyovest set out to expand his rap kingdom far beyond the confines of JHB with the release of his debut studio album, Tsholofelo, which arrived in July and quickly skyrocketed to number on the South African iTunes album chart, where it remains. Following up on "Gusheshe" and "Doc Shebeleza," the records' third single was "Phumakim," an 808 banger "strictly for the hustlers" produced by Zimbabwe's Soko (aka Brian Soko). This morning Nyovest let loose the song's highly anticipated video, a victory lap family affair shot in multiple locations across South African townships– and the Maftown king has made it clear he's intent on hitting 50,000 views on the first day. Watch the "Phumakim" video below.