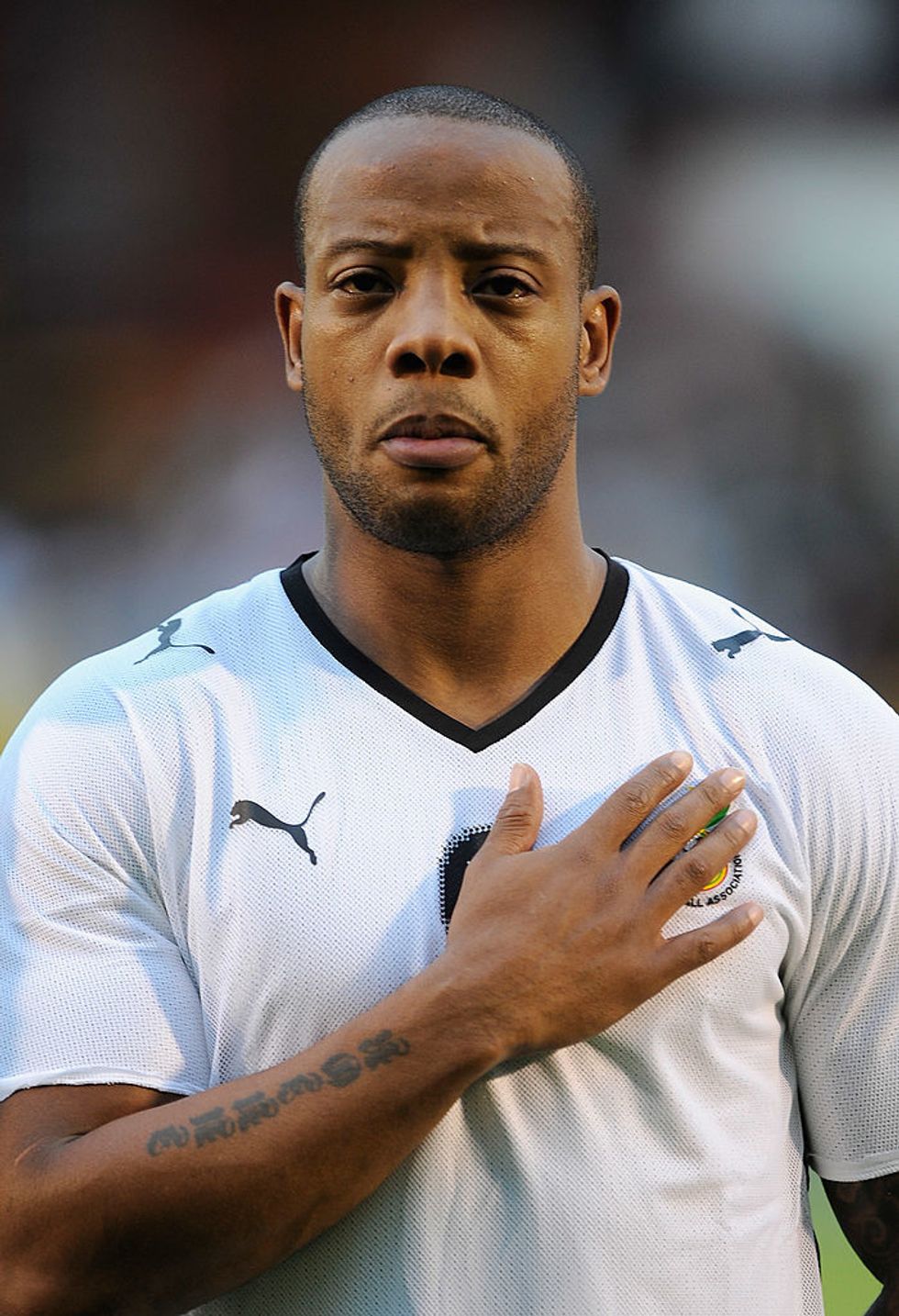 The former striker who played for Ghana and several English clubs was 40 years old.

Junior Agogo, the former striker who played for several English clubs as well as for Ghana's international team, has suddenly passed away, CNNreports.

Agogo's career as a striker is most associated with his time with Nottingham Forrest, Sheffield Wednesday and Bristol Rovers, with stints in Cyprus, Scotland and the U.S.

He unfortunately suffered a stroke in 2015 and struggled with his speech since then. Sky Sports adds this occurred just 3 years after his final professional football game for Scotland's Hibernian club.

Agogo also played 27 times for Ghana where he scored 11 goals. He had a notable moment in 2008 leading the Black Stars to the semifinals in 2008's Africa Cup of Nations with his winning goal against Nigeria. They then lost to Cameroon in the next game, but won third place against Côte d'Ivoire 4 to 2.

The celebrated footballer was 40 years old.

Fans and Agogo's former clubs have been expressing their condolences on social media. Here are a few messages below.