Celebrities And Activists Speak Out Against Trump's Muslim Ban 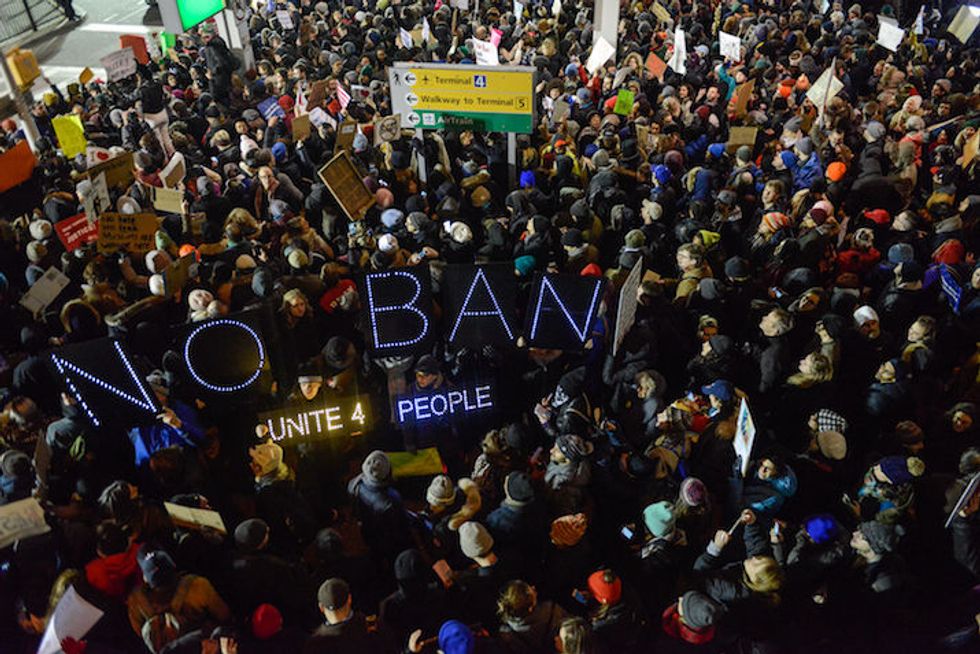 Over the weekend, demonstrators took to airports across the country to protest Trump’s executive order to ban refugees and international travelers from several predominantly Muslim countries—specifically Iran, Iraq, Sudan, Syria, Libya, Yemen and Somalia—from entering the United States. Several travelers arriving from these countries were barred passage and detained in airports for hours, while other green-card holders who had travelled outside of the United States were prohibited from boarding their return flights.

As crowds gathered, a number of celebrities took to social media to condemn Trump's actions.

Rihanna kept it very real with this tweet about the man currently in charge of running the country:

Disgusted! The news is devastating! America is being ruined right before our eyes! What an immoral pig you have to be to implement such BS!!

Somali-American Representative, Ilhan Omar shared her reactions to the ban via CNN:

Dave Chapelle shared these words at an Anti-Trump rally in Dayton, Ohio:

S/o to Dave Chappelle for always supporting our community here. We're honored you're from here and to call you one of our own. #nomuslimbanpic.twitter.com/6o3Iplsxe9

Mahershala Ali took home an award for "Best Supporting Role" at last night's SAG awards and used his acceptance speech as an opportunity to speak out against Islamophobia.

British-Somali Olympic medalist, Mo Farah, shared this Facebook post about the personal affects of the ban on him and his family.

With the Muslim ban, Trumps fallacious, anti-Muslim rhetoric has been actualized. As he continues to utilize his platform, aka his Twitter page, to disseminate alternative facts and clear-cut hate, it is important that celebrities, and others with the ability to engage large audiences, use theirs to do the very opposite.