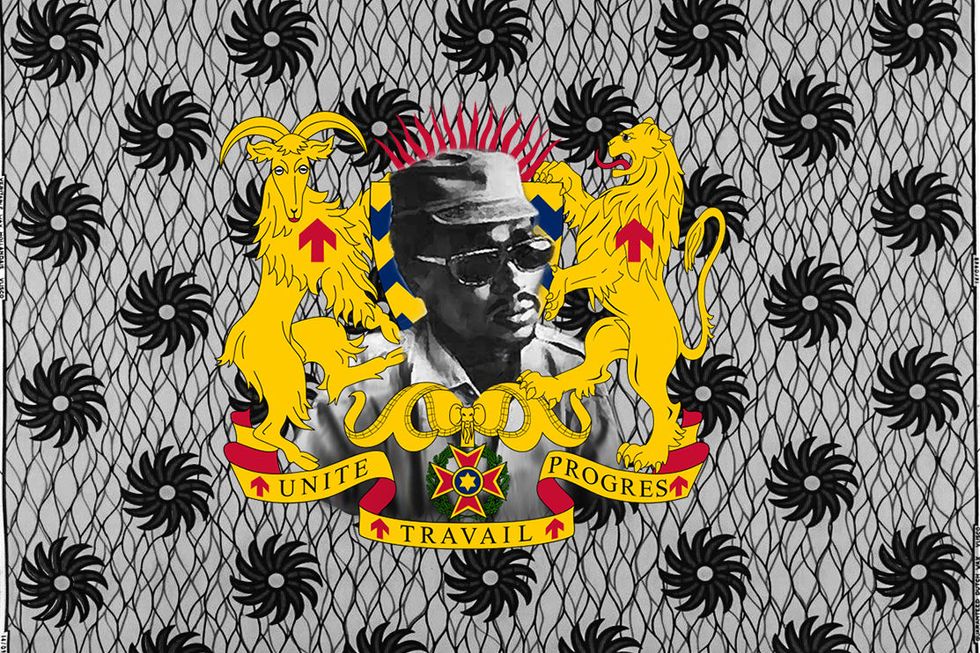 Victims of Chad’s former president Hissene Habre—Africa’s Pinochet—are launching a lawsuit against the US and France.

Victims of Chad’s former leader Hissene Habre nicknamed “Africa’s Pinochet” are planning to launch a lawsuit against the US and France. Just as soon as Habre is finished with his appeal in the special tribunal based in Dakar where he was convicted of committing crimes against humanity.

According to Delphine Djiraïbé, a Chadian human rights lawyer, who has been advocating for the victims of Habre’s terror regime for more than 25 years: “As soon as we are done with Habre’s appeal, we are ready to sue US and France because of their complicity with the Habre regime”

Habre was sentenced to life prison for the crimes against humanity this year. He is the first former head of state to be judged by an African court and sued by the victims of his crimes in another African Nation without their government support. This is the reason why the victims are confident that they will succeed suing these two powerful members of United Nations Security Council.

Under Habre’s regime, his police force known as the Documentation and Security Directorate (DDS) killed more than 40,000 people for politically motivated reasons and sent another 200,000 to be torutured, as demonstrated during his trial. The detainees were accused of being nation’s enemies or God’s enemies.

This historical sentencing raised debates on whether this is the revolution of social justice in Africa or a confrontation between African leaders and International Criminal Court.

After the conviction, the Chadian victims are determined to bring justice to the international community—led by France and USA—which they accuse of complicity in the 8 years of atrocities under the Habre regime.

Professor Roland Adjovi is an Assistant Professor of Historical and Political Studies at Arcadia University with focus on Africa and an international law and conflict resolution perspective; in the interview he told Okayafrica; “This trial was unique because it has never happened before in Africa, but we have to be cautious of what this means in long term, this case was very specific, not because of the crime but because of the pressure for the victims supported by different organizations and international community. I am not sure that this pressure will prevail but its good side is that it shows that it’s possible now to trial the head of states”

Habre was born in 1942 in Northern Chad, after his primary education during colonial period he went on for his higher studies in Paris where he obtained university degree in Political Science and went back to Chad, later joined the rebel army. Habre first came to international attention in April 1974 when a group under his command took three European hostages with the intention of exchanging them for money and arms. In June 1982 Habre took control of the capital N’Djamena and became the head of state. One year later in 1983 former Libyan President Muammar Gaddafi invaded the north of the country with an ambitious plan of annexing Chad. Gadhafi was seen not only as a menace to Chad but also a threat to the Western countries’ interests and sponsored the international terrorist groups around the world. On the other hand Habre was paranoid by internal opposition groups.

He made an important deal with USA and France which offered him a military support to stop Gadhafi’s military invasion in the North; and concentrated himself on his internal opponents groups especially in the South of the country. Habre’s regime applied a deliberate policy of terror to discourage his opponents. Habre’s allies were aware of the abuses and atrocities perpetrated under his regime but chose to look the other way in the face of perceived strategic interests.

Roland Dumas the former Foreign Affairs in France on French TV: “If we had not offered a military support to Habre against Gadhafi’s invasion, all French speaking countries in Africa would be under threat. Gadhafi was considered as a leader of international terrorism, he was a danger to us but not Habre. We were aware of what Habre was doing to his opponents but it was not our major concern. Should we sacrifice our strategic interests? I don’t think so”.

During Habre’s historic visit to the White House in June 1987, the former US president Reagan said: “President Habre and I are convinced that the relationship between our countries will continue to be strong and productive, one which will serve the interests of both our people. It was an honor and great pleasure to have had him as our guest.”

The worst prison was an old swimming pool built under colonial period, which has been covered by concrete roof under Habre’s regime and became the jail where the detainees were tortured by DDS. Thousands and thousands lost their lives in that prison; their bodies have been exhumed after Habre’s fall in 1990.

In the TV interview Abaifouta told France 24, “We used to travel overnight carrying the bodies of our colleague victims out of the city …we buried around 40 in the secret mass grave per night”

Ten years after Habre was overthrown and was exiled to Senegal, the Chadian victims filed a criminal complaint against him in Senegal, but the Dakar Appeal Court dismissed the case under the influence of the former Senegalese President Abdoulaye Wade. The Chadian victims didn’t give up; the victims living in Belgium filed charges in Brussels, a Belgian judge issued an international arrest warrant for crimes against humanity, war crimes and torture. Belgium requested his extradition from Senegal.

“We were thirsty for justice” Djiraïbé told Okayafrica in interview “At first, every process we tried looked impossible. We had to make the first step knowing that victims had never successfully sued the former head of state without any support of the current government”

The current President of Chad General Idriss Deby who dethroned Habre in 1990 was the Commander-in-chief of Habre’s army since 1983; “We didn’t expect any support from Idriss Deby, because he was part of Habre’s regime” Djiraibe told Okayafrica. “There is no difference between Deby and Habre’s system of ruling Chad. Look! It’s been 26 years of power... we faced lots of challenges including the rivalry between African leaders, ICC and Europe. They don’t care about the victims grievances, only their own interests. Finally justice has prevailed”

In September 2011, then-Secretary of State Hillary Clinton wrote to Wade, the former Senegalese President to urge speedy trial after a delay over a decade, and in June 2013. During a meeting in Dakar with the current Senegalese President Macky Sall, President Obama saluted Senegal’s effort to prosecute Habre, and US Government has contributed $1 million and European Union contributed €2 million.

The future of such Justice Court where the victims can take action against their former head of state is uncertain, “As long as this court close Habre’s case, and the appeal finish, that’s the end of the court’s life” Professor Adjovi told Okayafrica. He continued

This Judicial Process against Habre means the success of the Chadian victims, but such cases of prosecuting the former leaders are expensive, and I am doubtful that the current leaders in Africa can contribute in the sustainability of such African court knowing that it can sue them once they leave the power. The best alternative to handle the justice for African people would be to establish the strong mechanism, independent able to trial people who have been involved in crimes, if African judicial system is not ready and confident to judge such crimes committed by the leaders, we will always face the consequences of the rivalry between international courts and the leaders who manipulate and corrupt the justice system in Africa”