Come Watch the Champions League Final With Us at Futebol Fest NYC! 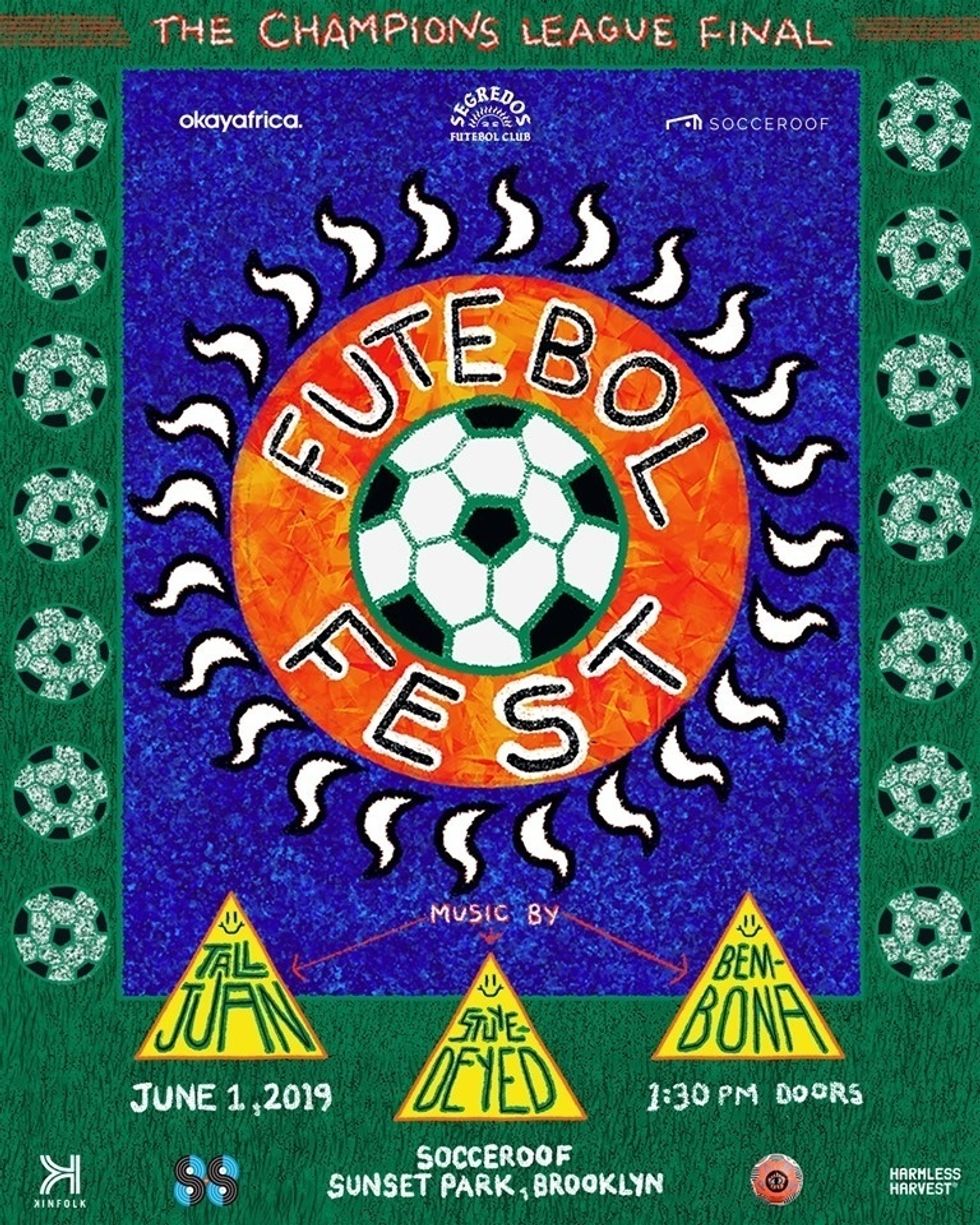 The UEFA Champions League final will see Tottenham face-off against Liverpool for the biggest club trophy in Europe.

The afternoon will start with the live viewing of the Champions League final game of Spurs vs Liverpool on a large outdoor screen, courtesy of Peroni, and 15 TVs throughout the entire venue. Two hours free Heineken beer.

OkayAfrica will have a special pop-up shop there and will be hosting pick-up soccer matches and skill games alongside NYC Footy, The Street FC, SFC, and OkayAfrica.

There will also be live music from DJ Bembona, Tall Juan and Stuyedeyed and visual art from Off Foot, Park SSC, Pazzi, Abby Costeira, and Captain Nevin. You can join the Facebook event here.

See you there NYC!