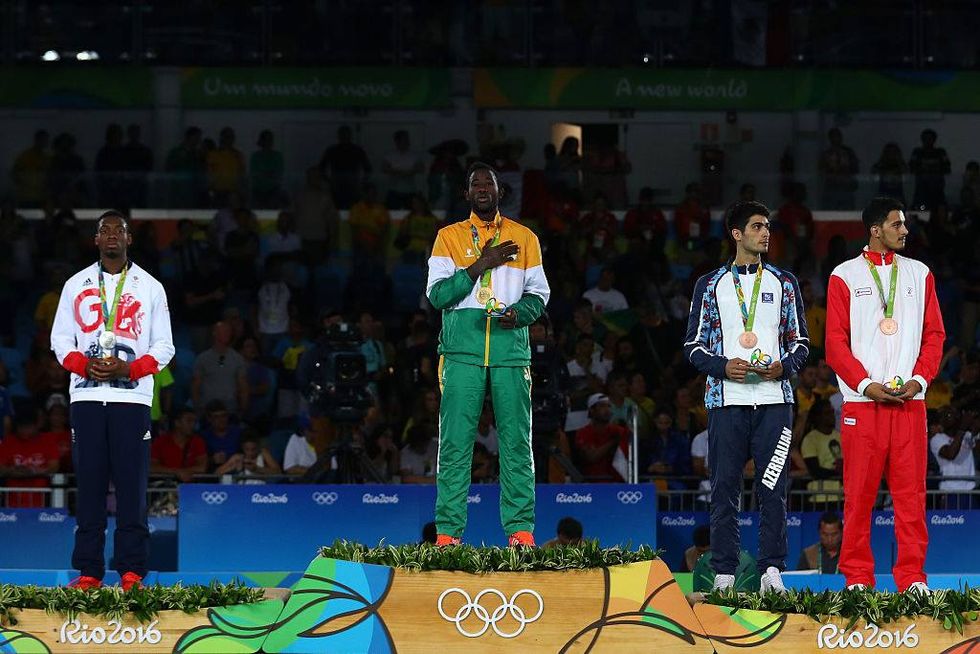 With a mere second left, Cheick Sallah Cisse of Côte d'Ivoire delivered a gold-medal-winning reverse turning kick to the head of his British opponent Lutalo Muhammad in the men's 80kg division of Taekwondo in Rio, Friday.

It was an unexpected finish for Cisse who found himself in a stalemate with Muhammad after the first round, then tied in the second round and then down by two points with the time clock winding down until only seconds remained. That’s when the 22-year-old Ivorian pulled off an unimaginable upset over his British rival, 8 to 6—and captured the first gold medal for his home country.

Cisse expressed his joy by running a victory lap around the arena.

"I do not know where it came from, I want to thank God,” the new Olympic champion says. “The audience allowed me to be in my element, this is what I love. There were moments in the fight when it did not go well, but thanks to the audience I got out of that."