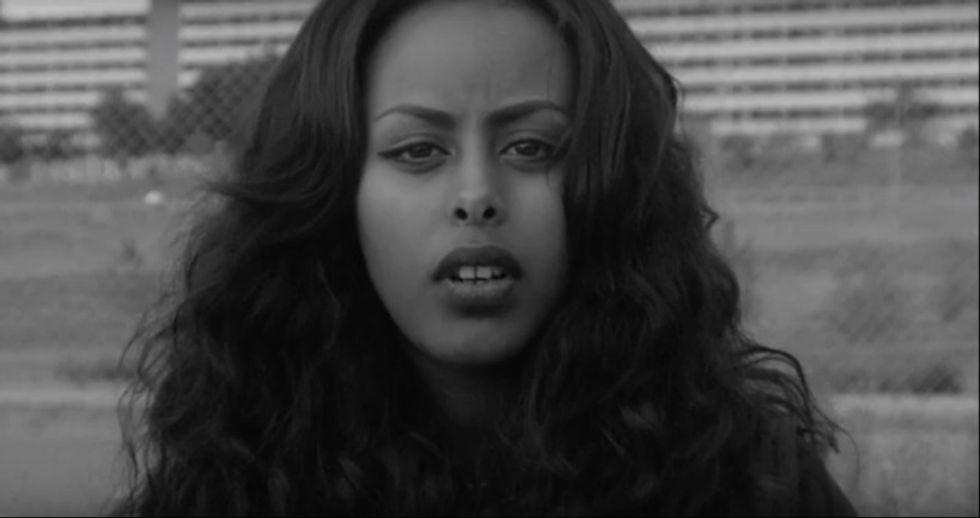 In June, we featured Swedish-based, Somali songstress Cherrie Hersi's first single "Intro" on our list of Songs By Somali Singers & Rappers To Listen To This Summer. The singer, who grew up in Finland and began her singing career just two-and-a-half years ago, is  now back with the premiere of the music video for her latest single. "Tabanja," which is a Swedish slang word for 'gun,' is a song which the singer's camp says "shows a suffocating truth of a world caught in a downward spiral." Cherrie's ethereal voice lends itself  seamlessly to the track's bass-heavy production as the song's notably poignant message is unexpectedly wrapped in a beat fitting for a house party or club. "It invites you to dance, it forces up hands in jubilation, but it also tells an important story of the city's periphery, the hard choice that people face daily when reality penetrates." The black-and-white visuals were shot in the Rinkeby neighborhood of Stockholm where Cherrie currently lives and features performances from some of the singer's closest friends. The three-and-a-half-minute music video carries the song's weighty message by presenting chilling imagery of death and ruin, all while maintaining "a tiny ray of hope." Watch the gripping visuals for Cherrie's "Tabanja" below.