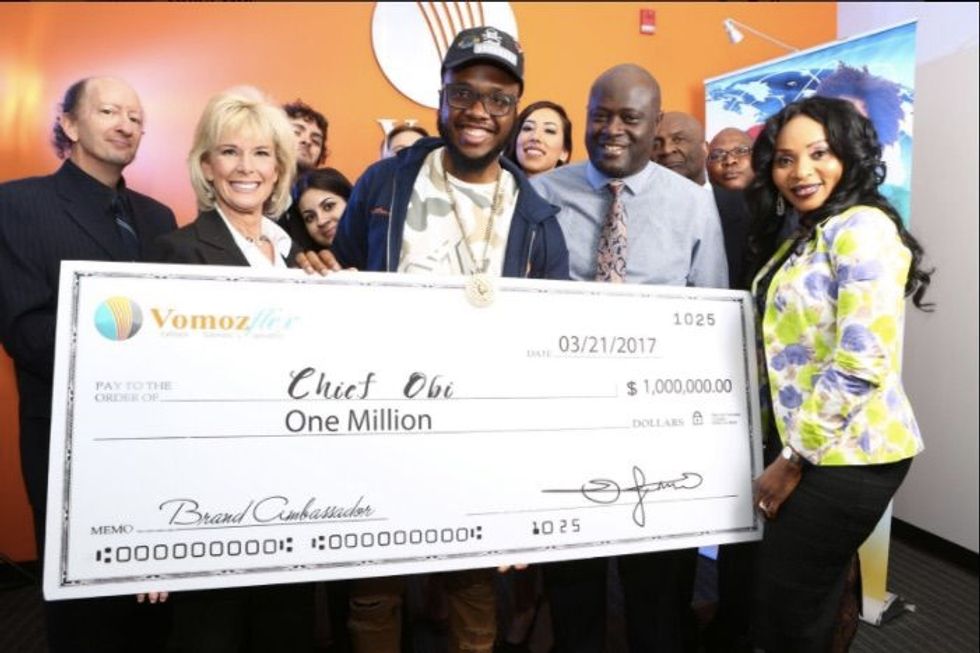 The comedian took to Instagram yesterday to share the news about his new brand ambassador position with a photograph of him holding a large check with multiple zeros on it.
#Goals

The new deal is bound to open up even more doors for the popular comedian, who got his start on Keek back in 2012 before taking over Vine and Instagram with his hilarious and relatable parodies.
"I can't even begin to explain the things we have in store right now," he told CNN. "By the grace of God I plan on taking African comedy to the next level. Like an all round entertainer. Think of like the Jamie Foxx of African comedy."
We're rooting for you, Chief. Congrats!