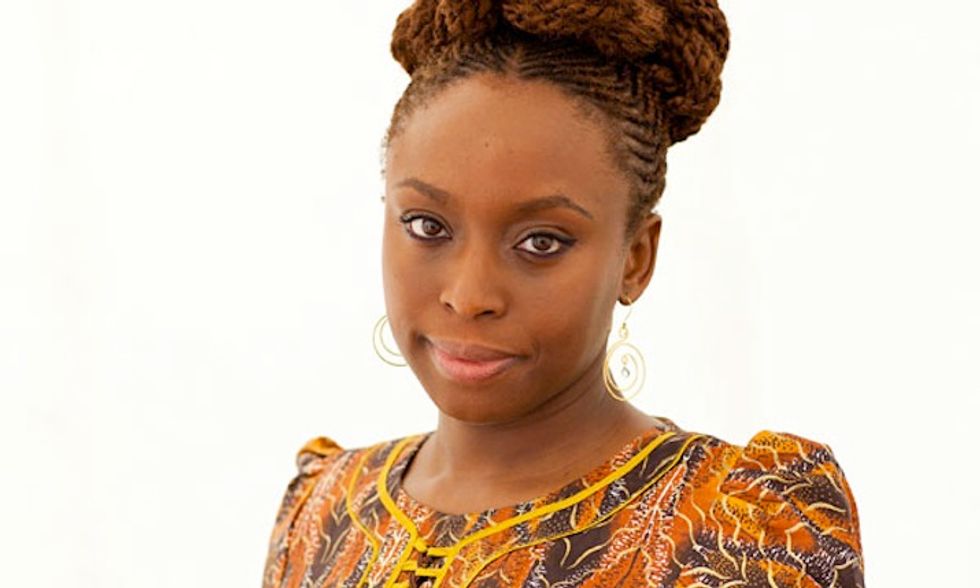 Award-winning author Chimamanda Ngozi Adichie answered questions posed to her by fans across the world yesterday.

Through an online live-stream session hosted by The Guardian, Adichie covered a range of topics including her writing, gender inequality, Michelle Obama, natural hair and her creative process, dropping life lessons and major gems along the way.

Here are just a few of the many highlights from the session.

On her first big break:

“I was completely unknown. I wrote short stories, got many rejections and then finally got an acceptance. I wrote a large and terrible novel that I sent out and that was rejected multiple times. And then I wrote Purple Hibiscus and a nice agent said she would 'take a chance on me.”

On Michelle Obama and her Natural Hair:

“No, I actually do not wish Michelle Obama had natural hair because then Barack Obama would not have won the elections and what a loss that would have been to the world. When her daughters were younger, they were viciously attacked because their hair was twisted. There is a very ugly side to American populism.”

On gender inequality and feminism in the West and beyond:

“I deeply dislike the word 'hysteria' when it's used in gender discourse. It has been used for centuries to silence women's legitimate concerns. I do not at all believe that somehow the West doesn't have 'real' gender problems. It does. And it's also too easy to simplify and flatten the experiences of women in places like Syria. I think we should accept that gender is a problem everywhere in the world and that it manifests itself in different ways and that ALL are valid problems.”

On taking the ‘moral high ground’ in her writing:

“I think you should read fiction however you want to. We bring our own stories to the stories we read, and I respect that. I sadly am not able to inhabit this ‘moral high ground.’ Too high for me. I think that to be human is to be flawed. And honest stories about human beings involves failures of different kinds.”

On a question posed by a white male writer hoping to write about a young Bengali girl:

“I think the first question is: WHY do you want to write about a young Bengali girl? There are still wonderful stories to be told about 50-year-old white men. If it is feeling unsurmountable, perhaps that's a sign.”

And when questioned on her response for being “short-sighted,” Adichie replied:

“It's unfortunate that you seem to assume that if a white middle aged man doesn't write about a Bengali girl, then the story of Bengali girls will not be written. There are in fact many Bengalis who can write about Bengali girls - and it probably doesn't feel 'insurmountable' to them. And 'disadvantaged Bengali girl' is a very troubling way of framing an idea of a story. It already suggests that this character will be seen through the lenses of her 'disadvantage' alone. People are people. 'Disadvantaged' people also have agency, and dream, and think, and desire. Sometimes how one frames a story determines whether or not we will see the fullness of a character.”

And that, ladies and gentlemen, is why Adichie is the greatest.

You can read the entire transcript from the Q&A session here.