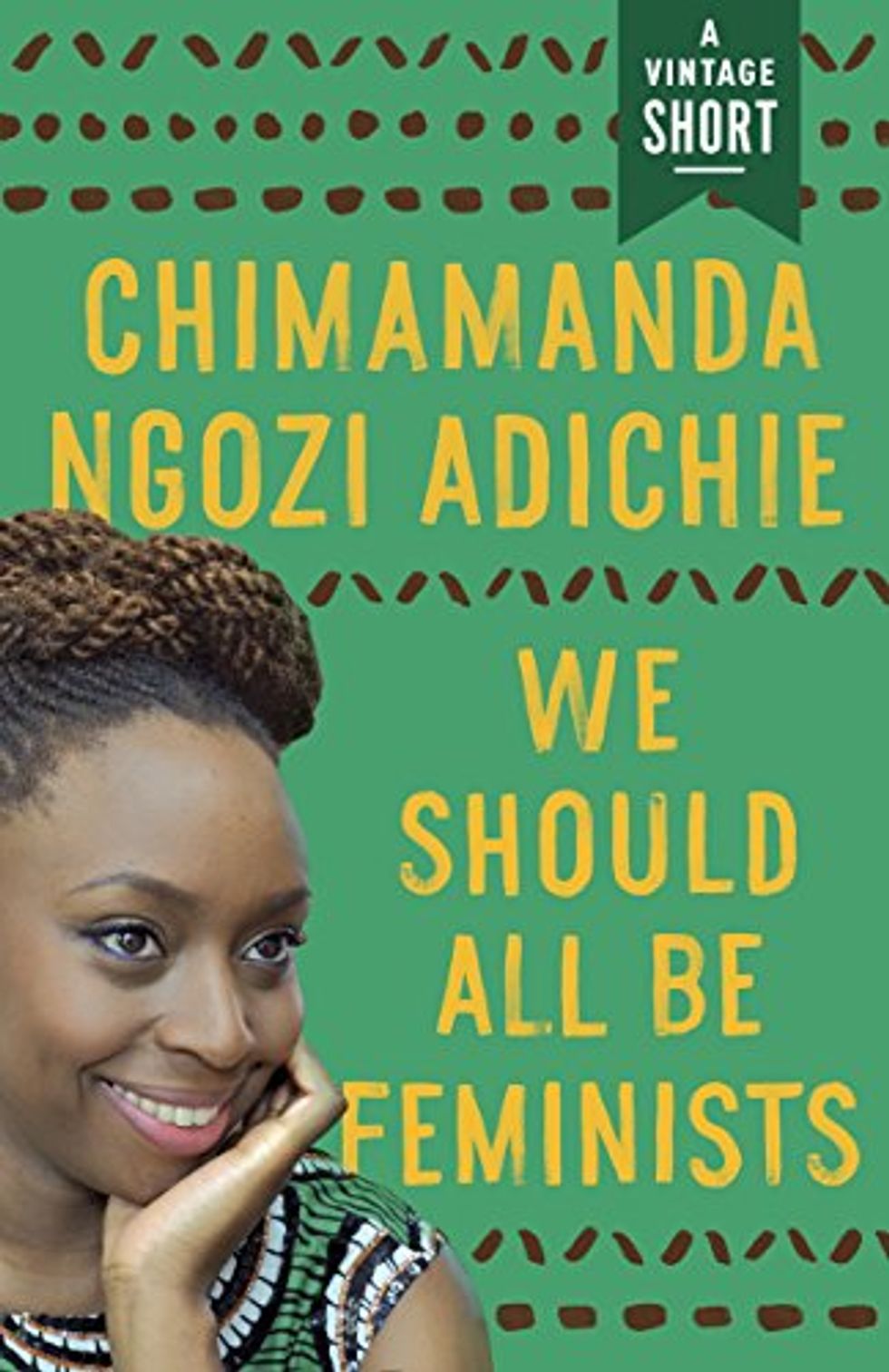 Chimamanda Ngozi Adichie's 2013 Ted Talk "We Should All Be Feminists" has been adapted for publication as an eBook via Vintage Books.

2014 has proven a groundbreaking year for literary genius Chimamanda Ngozi Adichie. Her second novel Half of a Yellow Sun hit the silver screen (and is finally set to open in Nigerian theaters). News broke in June that her best-selling novel Americanah was picked up by Kenyan Oscar-winning actress Lupito Nyong’o, who will bring the diasporic love story to life and also star in the film adaptation of the novel. Abreast all of this attention the Nigerian author is still keeping busy wielding her pen to produce narratives that voice the thoughts, hopes and perspectives of those often unheard of in popular mainstream literary works. Her latest textual offering takes form as a long essay adapted from her TED Talk heard 'round the world (it reached over 1 million views on youtube). The poignant speech We Should All Be Feminists was first delivered back in 2013 at TedxEuston. It experienced resurged popularity back in December after being (rather unexpectedly) sampled on Beyoncé's feminist anthem "Flawless"– though if you’ve only heard the 30-second sample on Queen Bey’s track, please do yourself a favor and watch the whole speech below.

We Should All Be Feminists grapples with what feminism means both in different cultural spheres and in the current political climate of today's society. Through recounting a number of different personal experiences both in Nigeria and the U.S, Adichie describes how she had to unlearn many oppressive understandings about gender that are weaved into the fabric of our society and fed to young girls and boys as they grow into men and woman, sending out a rallying-cry as she proclaims that "more of us should reclaim [feminism]." Adichie's We Should All Be Feminists will be available to purchase as an eBook next Tuesday, July 29th, via Vintage Books. Find out more on the release here. Until then, watch the TED Talk that inspired the publication below.