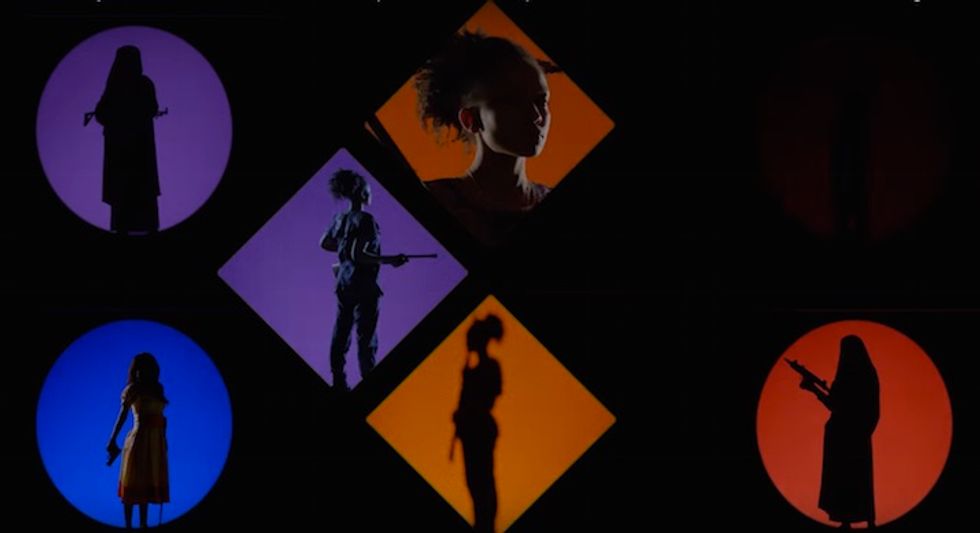 Girlz With Gunz, which features contributions from THEESatisfaction’s CAT, is loosely tied by the theme of the “revolutionary African woman.”

The group just dropped a full visual stream of the EP, which features a cast of rotating gun-wielding figures backlit by flashing colors.

Check it out below. Girlz With Gunz is out February 5 on Glitterbeat Records.