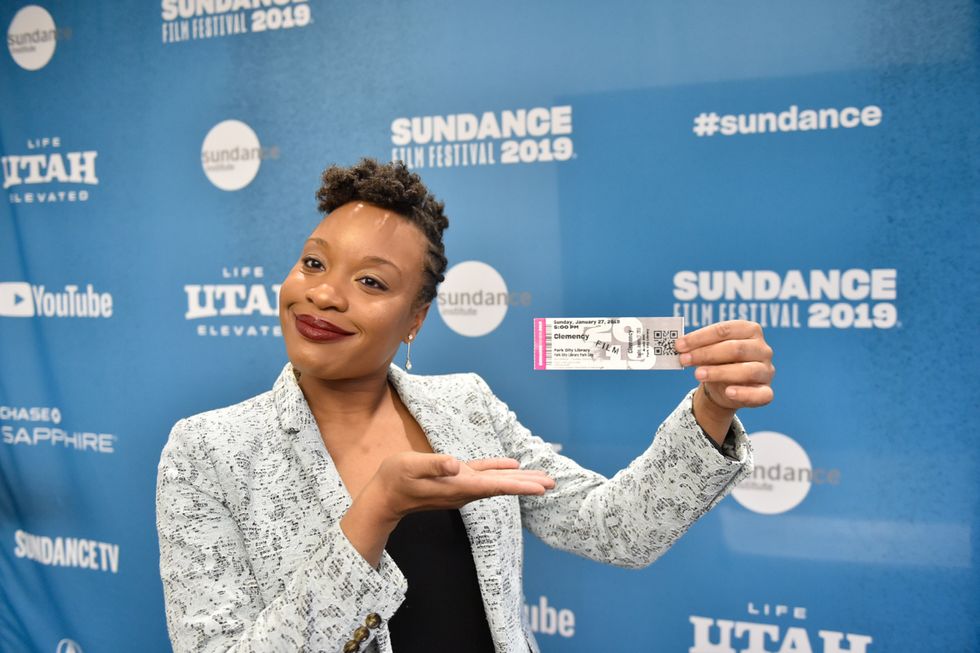 Chinonye Chukwu at the world premiere of her film, "Clemency" at Sundance Film Festival 2019. Photo by Stephen Speckman courtesy of the Sundance Institute.

Chinonye Chukwu is the Nigerian-American director who truly left a mark on this year's Sundance Film Festival. The raving reviews of her film Clemency are not the only valuables she'll be leaving the festival with, as she is taking home the Grand Jury Prize for the U.S. Dramatic competition, Indie Wirereports.

This win makes her the first black woman to snag the festival's biggest prize. She is now among U.S. Dramatic winners including Ryan Coogler, Desiree Akhavan, Debra Granik and more directors to take home this prize.

The Nigerian-born, Alaska-raised screenwriter, producer, director and activist both wrote and directed the drama that stars Alfre Woodard, who plays a prison warden grappling with how emotionally demanding her job is. Here's the brief synopsis from Sundance below:

"I did a deep, deep, 4 year dive into the research and advocacy required to tell this story...and that was just scratching the surface," Chukwu says in an interview with Democracy Now.

The filmmaker has also received more words of congratulations from the film world on social media, including Ava DuVernay and Tessa Thompson.

Omg what a weekend!! From my first single Black Woman dropping to our film @clemencythefilm winning the top honor a… https://t.co/Lrh89XivdH
— Danielle Brooks (@Danielle Brooks) 1549225553.0

Congrats to @ChinonyeC and the cast and crew of her film. And all the casts and crews of every film at Sundance thi… https://t.co/01azVaiKYN
— Ava DuVernay (@Ava DuVernay) 1549167803.0

Chukwu is set to helm A Taste of Power next, a drama based on former Black Panther leader Elaine Brown's life. Read more about the project here.