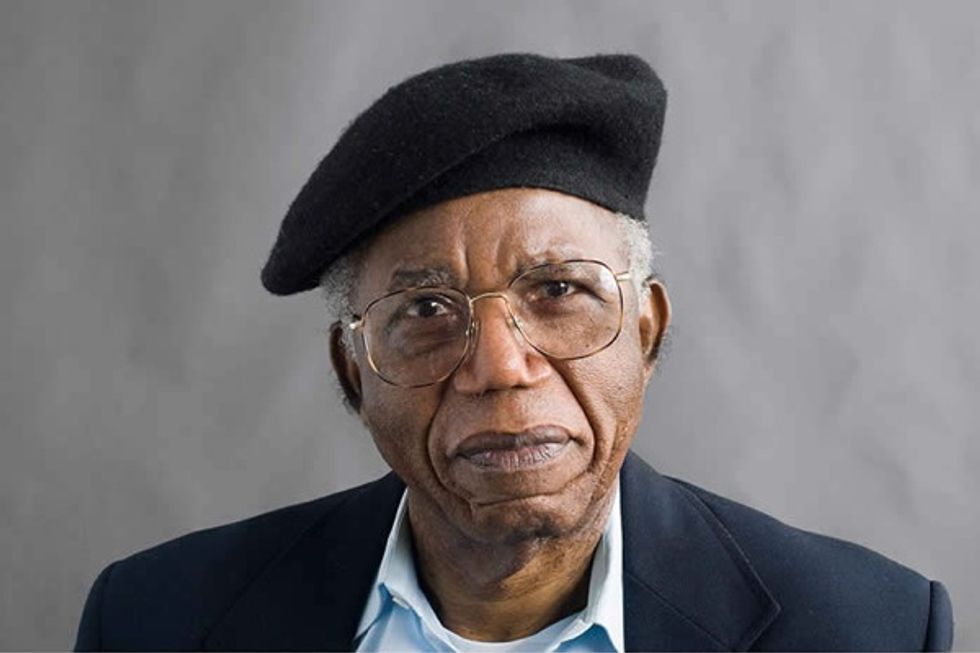 Beloved author and poet Chinua Achebe passed away earlier today due to complications from a “brief illness.” The influential author, best known for his masterly depiction of the clash between traditional African values and colonial Western influences, was 82 years old. Although his name has become synonymous with the title of his magnum opus Things Fall Apart --of obvious and special significance to fans of The Roots and their own opus of the same name--Achebe's catalog was deep and his contribution to English literature almost too wide to get your arms around. It’s a sad day not only for the continent and the diaspora but for the written word, period. We'll keep updating below with reactions.

Novelist, poet, essayist, influence Chinua Achebe has passed away. I'm so glad to have met him. RIP, live on through the legacy of your work

He was the complete artist--complex nuanced vexing inventive and dauntingly furiously courageous.  For this writer from the African diaspora, he was a profound influence.  I remember the first time I read him--it was like an awakening. — Junot Diaz (via e-mail)

"Let no one be fooled by the fact that we may write in English, for we intend to do unheard of things with it."—Chinua Achebe.

All the greatest of energy towards his next phase as a spirit on a journey through the infinite. Much thanks Chinua Achebe. RIP.

RIP. “Until the lions have their own historians, the history of the hunt will always glorify the hunter." - Chinua Achebe

My literary Hero Chinua Achebe has passed on...

'he has put a knife on the things that held us together and we have fallen apart.'― chinua achebe

“If you don't like someone's story, write your own.” ― Chinua Achebe

Here is a lovely quote from a commencement speech Dr. Achebe gave at The New School in 1991: "The power of creation is there in all its magnificence in the myths and legends of the world. I think the life of the world is worth your effort." — Rachel Kaadzi Ghansah