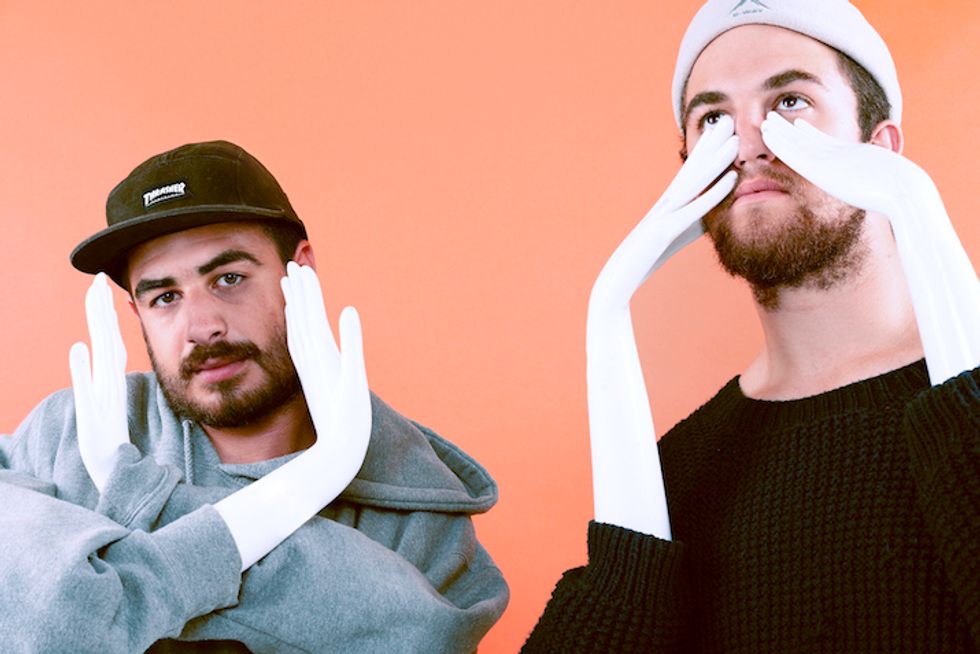 Cape Town production duo Christian Tiger School (Luc Vermeer and Sebastian Zanasi) have officially signed to the legendary NYC label Tommy Boy Entertainment. The South African beatmakers are set to release their sophomore album Chrome Tapes through their new label home this summer. The sound of the new full-length, which had previously been teased in the form of limited edition cassettes, sees Christian Tiger School integrating techno, house and experimental textures to their hazy, L.A. beat scene-inspired hip-hop production. It's a unique sonic blend we've seen develop from their debut Third Floor LP, as well as their previous Africa In Your Earbuds mixtape and track collaboration with Bilal and World's Fair. We spoke with Vermeer and Zanasi through e-mail to discuss their Tommy Boy signing and the new album. Read our interview with Christian Tiger School and watch a teaser video for the forthcoming Chromes Tapes LP below.

Okayafrica: Tell us about the sound of  Chrome Tapes? What are the main influences on this album?

Christian Tiger School:Chrome Tapes is a further exploration of the music we've been making over the last year and half. It was really interesting playing around with different tempos, sounds and textures. There's definitely a more melancholic side to our music that comes out in Chrome Tapes, something that didn't really feature that much on our first full length.

OKA: Where did you write and record the tracks? Tell us about that process.

CTS: Most of the record was written between Luc's place and Seb's family farm. We also spent some time at Red Bull Studios CT and at a friends studio (Thanks Nic). We're not sure if writing music in all these different spaces contributed creatively to the album, but it was definitely quite interesting using different gear and hearing the album in these spaces.

OKA: What would you say the South African influences are in the new tracks?

CTS: There's a lot of very interesting music coming out of SA and the community is such that people feed off each other and in its own way, that contributes to what everyone is making. There's not much that's inherently South African about this album but more so this musical environment we are surrounded by.

OKA: Your production work has always had a hip-hop side to it, who are some beatmakers and rappers you were listening to while recording this new LP?

CTS: We weren't actually listening to that much hip-hop during the writing of this LP. Instead we got influenced by a lot of dance music and other genres and in turn, this album is as equally electronic as it is hip-hop driven.

OKA: Were you fans of Tommy Boy? What are some of your favorite Tommy Boy releases throughout the years?

CTS: For sure, There are so many great albums that have come off Tommy Boy, many by which we are influenced by. Some of our favourite releases include Handsome Boy Modeling School, Afrika Bambaataa, LFO and Digital Underground.

OKA: How do you think you guys fit within the Tommy Boy roster? What made you decided to sign with the label?

CTS: Tommy Boy has always pushed both hip-hop and electronica and that's almost exactly what Chrome Tapes has become. Not many labels offer that stance, so we really feel that this is a great opportunity for an album like this to come off a label like Tommy Boy.