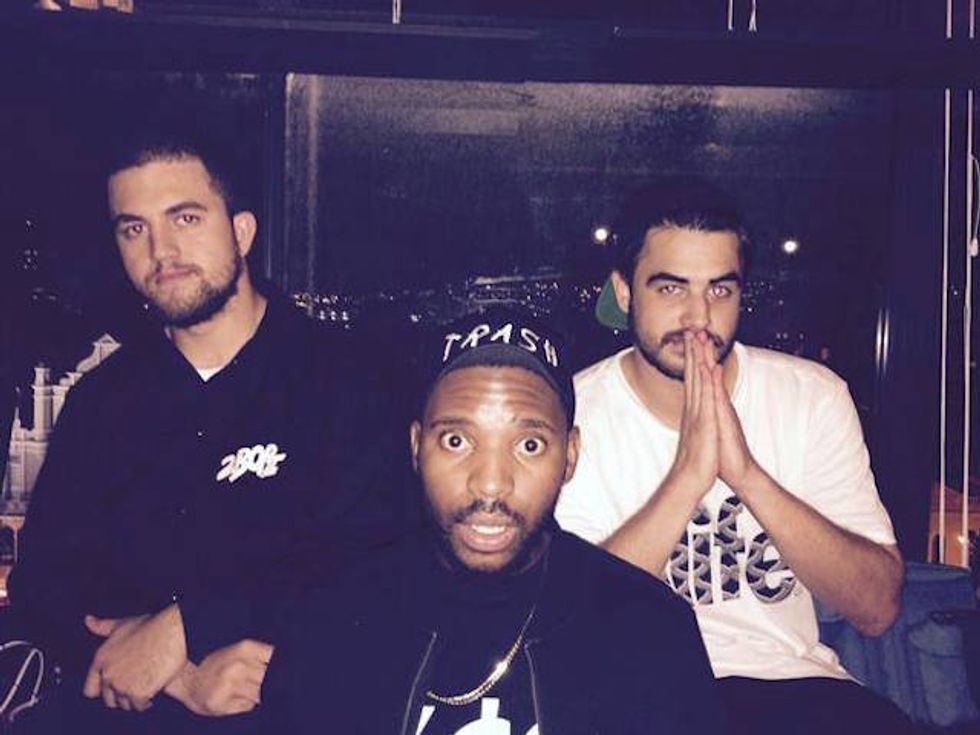 “Damn January” is the most haunting of Christian Tiger School’s recent album singles, which also include the electronic experimentations of “Chorisolo” and “Cinderella Rocafella.” The track centers on Okmalumkoolkat, who delivers his wordplay wizardry over CTS’ dark hip-hop production.

The Boyzn Bucks MC steamrolls the track in English and Zulu, riffing on Jordan kicks and shandees (Durban lingo for ‘things’ or ‘stuff’). As usual his verses are littered with ties to Future Mfana, Okmalumkoolkat’s persona who does “future concepts in the now: like Zulu sci-fi,” as he’s previously mentioned to Okayafrica. The rapper shared some of his "Damn January" slang lesson lyrics via Facebook, "Slang Teacher be the classic/ a pozi is a stasie/ streets be the kasi/ brother be the cvzzie/ guy be the outie/ drinks be the wetties/ sneakers be the tekkies/ girl be the betty."

Christian Tiger School just got back from a trip across Europe & the UK, and according to their Facebook they’ll be releasing some new “gifts” soon.

Watch the Christopher Bisset-directed music video for “Damn January” below and revisit our interview with Christian Tiger School about the influences on Chrome Tapes.