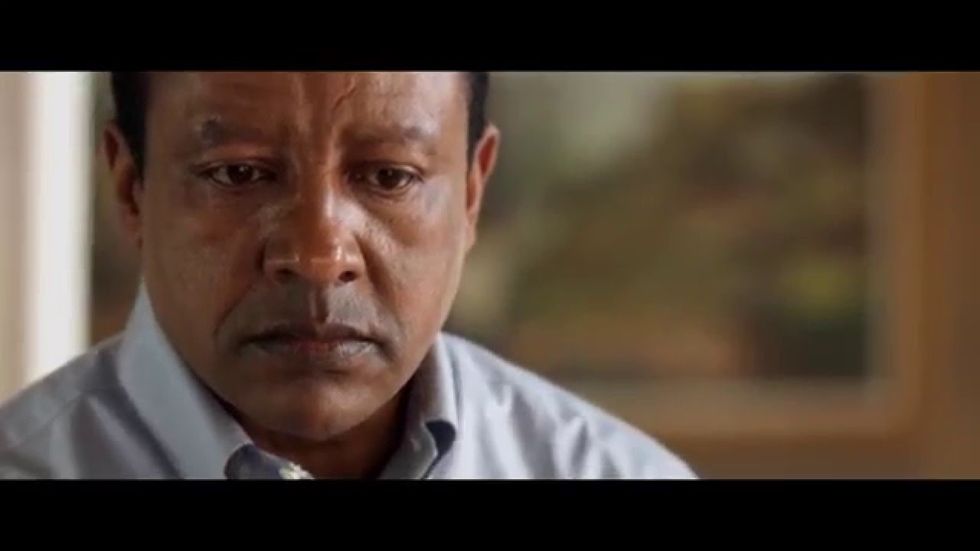 Okayafrica learns more about what sparked the need for 'Chula' from filmmaker and behavioral health veteran Ledet Muleta.

Stigma around mental illness in African communities has detrimentally affected scores of people who have been met with condemnation and skepticism rather than serious and caring treatment. Ledet Muleta, a veteran of behavioral health and now filmmaker, holds hopes to change that with a new psychological thriller aimed at tackling these issues. The film, titled Chula, follows the story of the titular character, a young African woman, played by Selamawit Worku, who is working to becoming a pianist. Yet, Chula’s bipolar disorder stands in her way.

A dialogue of mental illness in African communities is beginning to take front stage with artists assuming somewhat of a vanguard position in sparking the conversation. The recipient of this year's Caine Prize for African Writing is the South African writerLidudumalinganiwho won for the short story, “Memories We Lost,” published in Incredible Journey: Stories That Move You (Burnet Media, South Africa, 2015). The story follows the difficulties, stigma, and eventual expulsion of a young girl with a mental illness.

I had the opportunity to speak with Muleta about the film, art as a platform for discussing social issues, and mental illness in African communities generally.

Abel Shifferaw for Okayafrica: I wanted to start off by asking how this project came to fruition?

Ledet Muleta: I have been working in psychiatry for over a decade. The lack of sufficient mental care and the stigma associated with mental illnesses in Africa and the African Diasporas drove me to search for new ways to contribute. In the last five years I travelled to several African countries where I was surprised to see many of those affected by mental illness wandering the streets, at times putting themselves in danger. I saw young children addicted to drugs in cities like Monrovia, Nairobi, and Addis. As a young nurse I was shocked and felt helpless.  The real ah-ha moment took place when I visited a monastery about 60 kilometers outside of Addis Ababa. There I saw a monk who cares for psychiatric patients, who did everything in his power along with his volunteers to give them the best care he had to offer. He was making a huge difference for these people. He was not a trained psychiatrist but he was able to care for them, manage them, and keep them alive. Families often left those patients at the nearby monastery after traditional and religious interventions failed. His efforts inspired me to no longer feel helpless.  Rather than feel helpless, I felt compelled to do whatever I could do to reach out and support those that advocate for better mental health in that region.

What has the process of working on this film been like for you? Is this your first foray into the medium of film?

The process of working on this film has been filled with new experiences on a daily basis. It is an area where I had no prior experience. Ever since I realized the power of film, and storytelling, I became an avid student of the film industry. It has been a wonderful experience and I have gained tremendous respect for the work that goes behind filmmaking. I learned to be more patient, and also realized with passion and reason behind that passion, anything can be achieved.

The film is tackling some heavy issues. Particularly mental illness in African communities. As an Ethiopian growing up in the States, I can somewhat imagine how difficult it might be for people suffering from a mental illness to grow up in a cultural environment that is somewhat hostile to the idea of such a diagnosis. That the idea of mental illness is not real and the person suffering from it is just weak minded and needs to be stronger. From my experience these attitudes towards mental illness go beyond just Ethiopians or East Africans and is espoused by Africans in general and African Americans also. Which is especially difficult considering the daily trauma and larger institutional trauma and violence Africans and Black Americans face.

Absolutely, as you mentioned there is a great deal of trauma experienced in minority groups. In this case we are discussing the African Diaspora and Africans in the continent. We often see two different people undergoing the same extensive trauma, but reacting differently from the situation. Often you see that one is affected by the trauma while another has survived and even used the hardship to inspire their future.  Often we fail to realize that we do not react the same to every experience. For example, I love eating seafood while others may be severely allergic. This dispels notion that, “since I survived, everyone else should” as a myth. What is not a myth is that we all have different reactions to the same trauma and we have different genetic makeups that can make us more vulnerable to certain illness than others. That is not something to brag about nor something to be ashamed of, we all are unique and have individual gifts and vulnerability.

I want to continue on that trajectory of questioning around larger issues of inequality and how that can disproportionately affect people from a certain class, race, sexual orientation, or gender identity and how certain groups lack adequate medical access on this basis. Have you found correlations between these things in your research or personal experience?

Absolutely!!! According to Health and Human Services of Minority Health in the United States:

This shows the disparities as well as the correlation of lack of education, discrimination, socioeconomic status, access, and so forth. In most African countries these issues become magnified.

So, I’m really interested in utilizing art, film in this case, to get a social message across, which I think this film is attempting to do. Can you touch on that?

Film is a great way to send a social message. I think it’s easier to educate people by grabbing their attention with great stories and with characters that they can identify with. Especially when trying to do a campaign that is considered a taboo subject or something that a lot of people do not wish to associate themselves with.

To wrap up, can you tell me what’s in store for the film? I know there is a Kickstarter campaign. Plans for distribution or screenings? Future projects?

Currently we have a Kickstarter campaign to help us complete the film and to do some marketing. Our goal is to take the film to as many countries as possible, and to get the message across. We invite anyone and everyone to take part in this project by donating and sharing our information. The goal for this film is to reduce the stigma as well as attract some attention to encourage better treatment. It’s a long hard road to accomplishing those goals for African countries. But just like everything the involvement of the ordinary people is what makes it a reality. Future projects for me will probably include finding ways to make psychiatric care more convenient, but for now I need and am giving this project my all.

Make sure to watch the trailer above. Read the powerful essay “My Culture Almost Killed Me” —a story about mental illness here on Okayafrica. And check back for updates on screenings of 'Chula.'