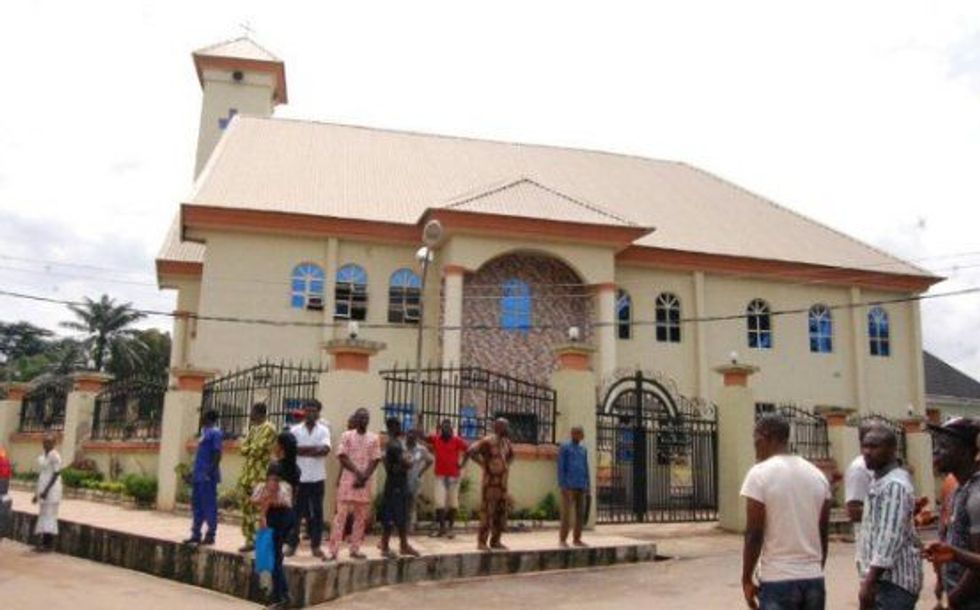 At least 11 people have been reported dead, and 18 wounded, after a supposed gang-related church shooting in Nigeria.

NIGERIA—At least 11 people were killed and 18 wounded, in a mass shooting in Southern Nigeria on Sunday, BBC Africa reports.

Police in the area believe that the attack at St. Phillip's Catholic Church, happened as a result of sparring between Nigerians from Ozubulu—a large city in Anambra state—who were living abroad. The church was built by one of the expats, says the State Police Commissioner, Garba Umar.

Umar also stated that the attack could possible be linked to drug-trafficking.

Officials believe that the attack was carried out by a lone gunman, hired to kill one of the church's members.

Jude Onwuaso, the parish priest gave his account of the events to the BBC:

"After the first round, there was second round and I guess it was during the second round that people were shot dead," he said. "When I came back I discovered that some of my parishioners were dead, about five or six I saw shot dead bleeding."

Emeka Umeagbalasi, a local human rights activists, told a different story, stating that more than one man was responsible for the attack, and their mission was to kill the son of a local chief.

There have been varying accounts as to who carried out the attack and whether it was a single man or a larger group of assailants, but the incident is believed to be a one-off event with no links to Boko Haram.

"It is definitely not a terrorist attack in the mould of Boko Haram or Fulani herdsmen attack," read a police statement posted on Sunday. "It is sacrilegious but for now, it is still premature to disclose the identities, we will brief the public after investigation is concluded."

Our thoughts & prayers are with the victims of church shooting in Anambra. May God comfort the affected families.#ozubulumassacre#JUSTICE