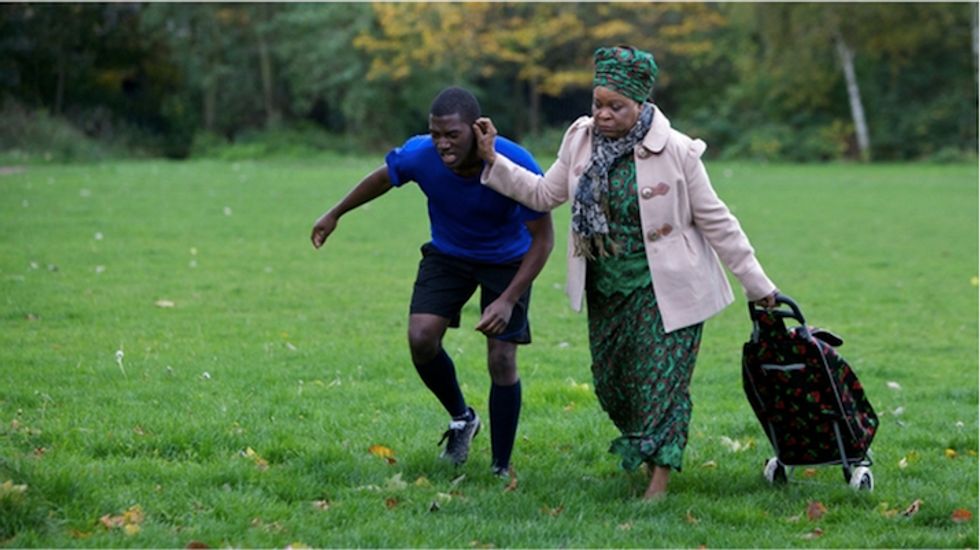 The latest in Okayafrica's Cinemafrique features African film and TV news on 'Gone Too Far!' 'Gidi Up' season 2, 'Grisgris' and more.

Floyd Avenue of the Smarteez in Moroka Dam, Soweto. Photo by Petter Ringbom.

Petter Ringbom's Shield and Spear is a new documentary film focusing on South African artistry and creative expression twenty years into democracy in South Africa. Focusing on BLK JKS, Gazelle, The Brother Moves On, Brett Murray, Zanele Muholi, Yolanda Fyrus, Fokofpolisiekar, and The Smarteez, the film celebrated its African premiere earlier this week at the Durban International Film Festival. Ahead of the screening, Okayafrica contributor Rob Scher caught up with Ringbom for a conversation about the making of the film. Read the full interview here and catch the trailer below. In related news, Shield and Spear is set to make its U.S. premiere on Tuesday, August 5th, at the Walter Reade Theater at the Lincoln Center in NYC.