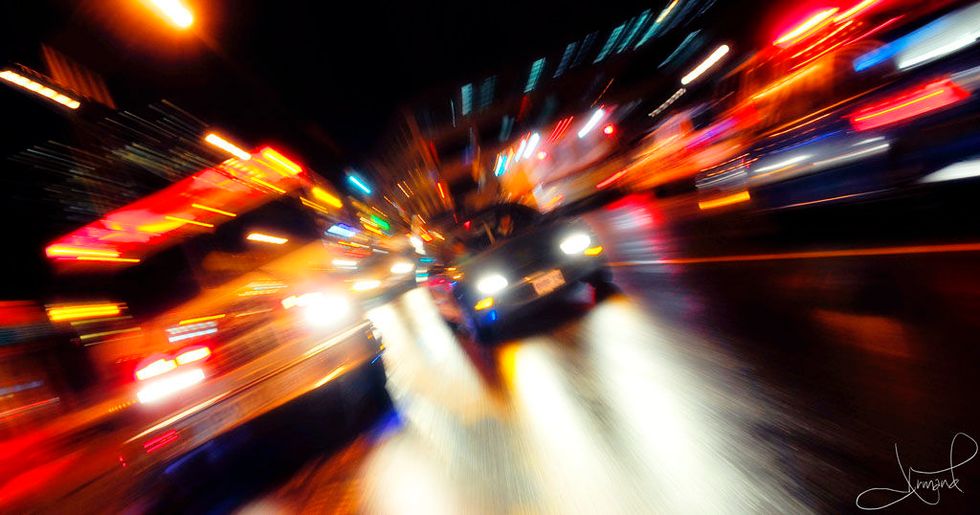 In this dispatch from Columbus, Paul Meara sorts through the backlash against Somalis in the aftermath of Monday's Ohio State stabbings.

On Monday (Nov. 28) Abdul Razak Ali Artan crashed a vehicle into an Ohio State engineering lab, got out, and attacked students and faculty, injuring 11 people. At first, no one knew who it was. Reports originally relayed that it was two people doing the attacking with one actually having a gun. We now reportedly know that it was a lone attacker, Ali Artan – and unfortunately – he’s a Muslim from Somalia.

It’s not unfortunate that Somali Muslims live in Columbus. Quite the contrary. It’s unfortunate that they now have to do the dance of peace while the media and a large chunk of the community gets through with this situation. As soon as it was confirmed that Ali Artan was responsible for the attack, I tweeted out, “Columbus has the second biggest concentration of Somali people in America. They've been a staple of our community forever. Don't do this.”

It’s true, next to the Minneapolis-St. Paul area, Columbus does have the second largest concentrated population of Somali residents. We also have one of the largest concentrations of LGBT-identified people and other large aggregates of non-white/heterosexual people. It’s what makes Ohio’s capital city the one I’m proud to call home and be a native of.

My tweet received thousands of likes and hundreds of retweets. That allied stance also garnered a bunch of hateful, racist and xenophobic backlash that white mass-attackers (most of whom do much more damage, more frequently) and the people who share their racial identity don’t have to encounter. Sure, Dylann Roof was chastised for what he did, but whites weren’t subsequently grilled as a whole, and made to come out and give the tired “lone wolf” or “not all of us are bad” speeches.

NPR ran a story on Tuesday, which encompassed what Somalis, and now all American Muslims will have to face in the coming days. They interviewed Mohamed Farah, a senior at Ohio State and fellow Somali refugee. He’s someone who detests Ali Artan’s actions but will now have to answer for them.

"When I first heard that he was Somali, I mean my stomach did fall," he told Morning Edition. "Not just because of what happened today, but because of what will happen tomorrow.” It was a sentiment shared by Horsed Noah, a director of one of the largest Islamic centers in Columbus, who prayed the suspect wasn’t Muslim prior to finding out he was one who practiced the faith.

Most of the time when we debate the proper course of action between police and who they believe to be dangerous to a community, those directly killed and the situations surrounding them are at the forefront. It’s arguable though that the most important consequence of these situations are the outer-represented communities that’ll have to answer to the headlines. Many are caught up in asking why Ali Artan, who only had a knife, wasn’t spared by law enforcement, but Roof, who had a gun and actually killed people, was. I would rebut that both should be dead while questioning why Roof is alive. That in-itself parades privilege.

As a white male, I’ve never had to answer for Roof or Columbine or “troubled” Adam Lanza, who killed 20 at Sandy Hook. I haven’t had people stare at me entering a movie theater because “happy boy” James Holmes shot up one four years ago, killing 12 and injuring 70. I haven’t had to be quiet at a political rally because Jared Loughner killed six people and shot Arizona Rep. Gabrielle Giffords in the head. Since 1982, more than 55 percent of mass shootings have been carried out by white men, so why don’t I have to denounce the behaviors of those with my same skin color?

I shouldn’t have to. And neither should anyone else. It’s called white privilege – and even during the most disgustingly tragic of instances – it puts a halo over the most sinister of people, as long as they’re caucasian, while adversely casts a shadow over those not even involved in a crime if they happen to faintly resemble an attacker of color.

That pervert group would say they inspired a Methodist Church grease fire if it damaged enough of the kitchen. Shut up.

Paul Meara is a staff writer at BET.com and has penned features for Billboard, Complex, HipHopDX and others. Follow him on Twitter: @PaulMeara.