Cynthia Erivo's Performance at TED2017 Might Move You to Tears 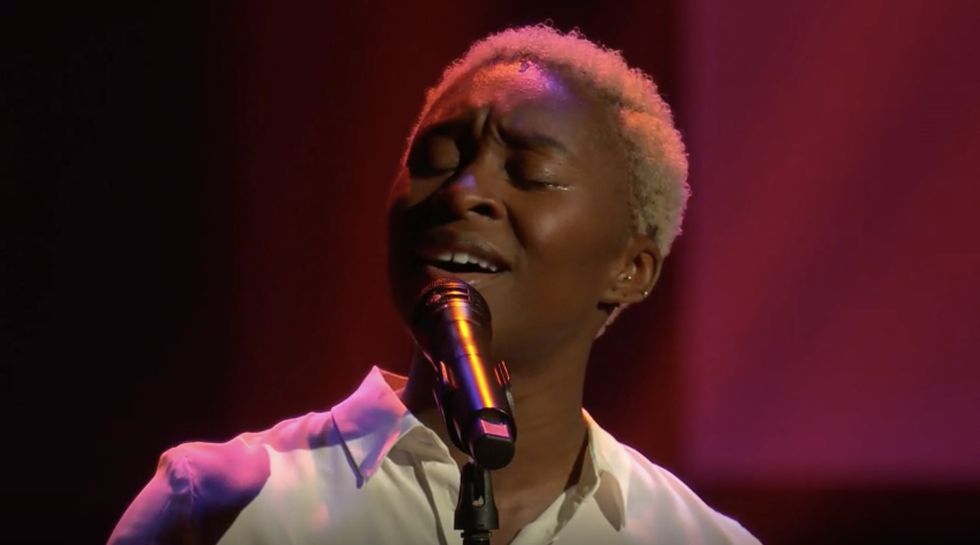 The British-Nigerian actress and singer lends her powerful vocals to a Mali Music ballad and an Aretha Franklin classic in this stunning performance from TED2017.

Cynthia Erivo, the multitalented singer, songwriter and actress behind Cele in the critically-acclaimed Broadway version of The Color Purple, and Harriet Tubman in an upcoming biopic about the abolitionist hero's life, stopped by the TED2017 to deliver a passionate and moving musical performance.

The skilled singer ran through a pensive rendition of Mali Music's "Johnny and Donna" before shifting gears to deliver a heart-wrenching cover of Aretha Franklin's classic soul ballad, "Natural Woman."

"I love to sing," says the actress ahead of her final song. "And it's because I feel like it's the fast-track route to the heart." She certainly reaches our hearts with this powerful performance.

Watch the full 10-minute performance below, and revisit our video feature with Erivo from earlier this year, where she talks about creating more safe spaces for young black women and encouraging their participation in the arts.

OkayAfrica was on the ground at this year's TEDGlobal in Tanzania, see what went down by revisiting our conversations with some of the conference's most innovative African creatives, including Wale Oyejideof Ikiré Jones, and Kenyan, female percussionist Kasiva Mutua.