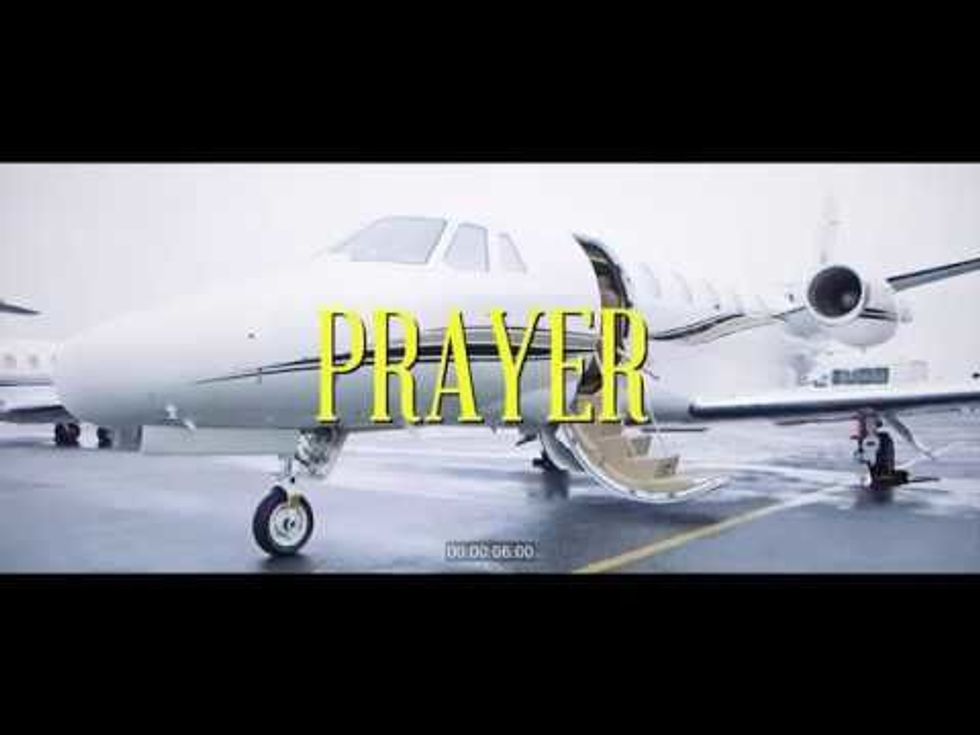 "Prayer" is based on Dammy Krane's Miami arrest after he allegedly booked a private charter jet in Miami with fraudulent credit cards.

“I was locked up 20 hours everyday, in jail for six days” says Dammy Krane of his arrest on fraud charges in June this year.

The singer, along with an associate, were reportedly arrested by the police before boarding a private charter jet in Miami, believed to have been booked with fraudulent credit cards.

News of the arrest made Krane the subject of much media discussion and derision in Nigeria, where he’s from and has a considerable fanbase from a career spanning eight years and including hits like “Amin”and “Faleela.”

Krane was arrested on a holiday night, and had to spend the entire weekend in jail until the next working day when formal attention could be paid to his case.

Alone in a jail for 20 hours a day, all he had for company was a Bible and his thoughts. He decided to write about the experience and so began piecing together words and melodies into a song he’s called “Prayer”—the video for which we're premiering as an OkayAfrica exclusive.

After posting a bond and pleading not guilty in court, his next move was to document his ordeal in a true artistic fashion “I got out at night, the next day I looked for a studio, paid for a session and just voiced what's on my mind.”

Krane sent the vocals to his long time producer Spellz, who made a track for it and sent it back to Krane, who liked what he heard and so asked him to finish producing the song as “it was already sounding mad.”

On “Prayer” Krane tells of his ordeal singing “dem no know wetin my eye see for station,”  mentioning the support he has received “my family pray for me,” but also a lifestyle many have been quick to ridicule “private jet, Lagos to Miami”—all of which is sung in an impassioned voice that's often times brittle, specially when he harmonizes.

Director, Ola Faronbi, does a good job of depicting Krane’s ordeal with impressionism, except for the scenes in which the singer alights from a private jet, which Krane says he shot himself.

I ask if his time behind bars was the lowest he's been in his life, but he has little to say about it, choosing to be philosophical, “this is the fate of my life that takes me to the next stage. After something like this, it can only get bigger.”

“Bigger” may allude to his stature in music but in hearing him retell and relive the experience, “bigger” could also be an enlargement of his person and abilities.

He has begun learning how to produce records and has clear reasons why he's doing this as “it only makes me better. I’m a very melodious person and production is all about melodies. Everything i’m doing works with the production.”

All charges against Krane have now been dropped and he has since returned to Lagos where he has family, and is home to his grandma and father, admitting that “it's the best time to bond with the family.”

Time away from family is spent in the studio learning how to produce records and also recording new material with what sounds like renewed determination. “You record until you get that perfection,” he mentions.