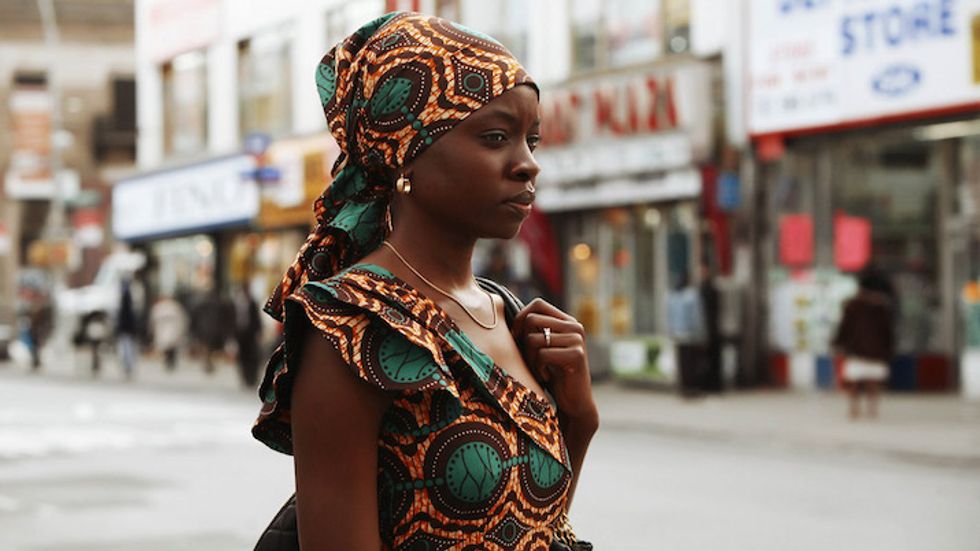 Danai Gurira has been cast as Afeni Shakur, the real-life mother of Tupac Shakur, in the forthcoming 'All Eyez On Me' biopic.

Danai Gurira as Adenike in Andrew Dosunmu's Mother of George

It wasn’t enough that Danai Gurira starred in one of last year's biggest sensations on TV. Eclipsed, the Liberian civil war drama she penned in 2009, debuted at New York’s Public Theater with Lupita Nyong’o in the lead. But if 2015 was good for the Zimbabwean-American actress, 2016 is shaping up to be the year the Mother of George star completely takes over.

Eclipsed officially heads to Broadway next month, and Gurira’s already got another play slated for a New York debut in February. Familiar, which tells the story of a Zimbabwean family in Minnesota, will begin its off-Broadway run at Playwrights Horizons with performances set to begin February 12 and opening night on March 3.

And now, Deadline reports Gurira, 37, has been cast as Afeni Shakur, the real-life mother of Tupac Shakur, in the forthcoming biopic, All Eyez On Me. The movie, which Afeni Shakur, 68, is an executive producer on, stars newcomer Demetrius Shipp, Jr. as the late rapper. Shooting has begun in Atlanta with hip-hop music video director Benny Boom at the helm. According to Deadline:

“A political activist and member of the Black Panthers, Afeni raised her son to be a voracious reader with a political awareness that informed his development as a street poet. The film covers Tupac’s rise to stardom as a hip-hop artist and actor, as well as his imprisonment and prolific, controversial stint at Death Row Records, where he was steeped in the East Coast/West Coast rap war.”

Update 4:20pm EST, January 12:Variety reports Kat Graham will portray Jada Pinkett Smith in All Eyez on Me. Smith, who was high school classmates with Shakur at the Baltimore School for the Arts, recently reflected on their longtime friendship in an interview with Howard Stern.

Update: 6:25pm EST, January 15: Our friends at Shadow & Act have pointed out that the film's star, Demetrius Shipp Jr., has been sharing photos and clips from the set of All Eyez On Me via his Twitter page. Today he posted one of him and his co-star, Danai Gurira.

Everything comin together nicely thanks for all the support!!! #AllEyezOnMepic.twitter.com/dxAn8e3XLC