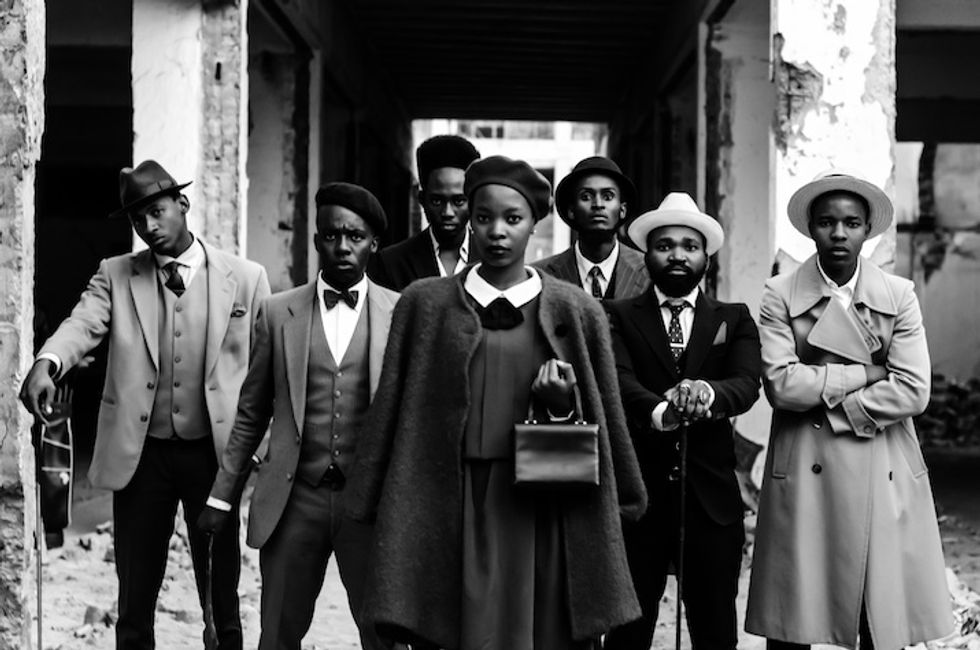 'Dandy Lion: (Re)Articulating Black Masculine Identity' is on view at the Museum of Contemporary Photography in Chicago April 6 to July 12.

All images courtesy of the Museum of Contemporary Photography in Chicago

Last week France's CANAL+ aired a new documentary about Black Dandyism. In just a week from now, the Museum of Contemporary Photography in Chicago will launch a new series dedicated to the worldwide style phenomenon. Dandy Lion: (Re)Articulating Black Masculine Identity, which touts itself as the first comprehensive exhibition of its kind, shines its spotlight on young men across the Diaspora who are defying stereotypical and monolithic notions of "Black masculinity" through the way they dress. According to a press release, "Juxtaposed against an urban backdrop, the 'hip hop' generation’s Black Dandy is noticeably different from the historical minstrel or Harlem Renaissance queer prototype. The 21st century Black Dandy’s sartorial choices are an expression of the African aesthetic rather than an imitation of European high-brow society. Using their self-fashioned bodies as sites of resistance, contemporary Black dandies are complicating modern narratives of what it means to be Black, masculine and fashionable today."

Dandy Lion: (Re)Articulating Black Masculine Identity, curated by Brooklyn/Philadelphia-based curator Shantrelle P. Lewis, is on view at the Museum of Contemporary Photography in Chicago from April 6 to July 12, 2015.