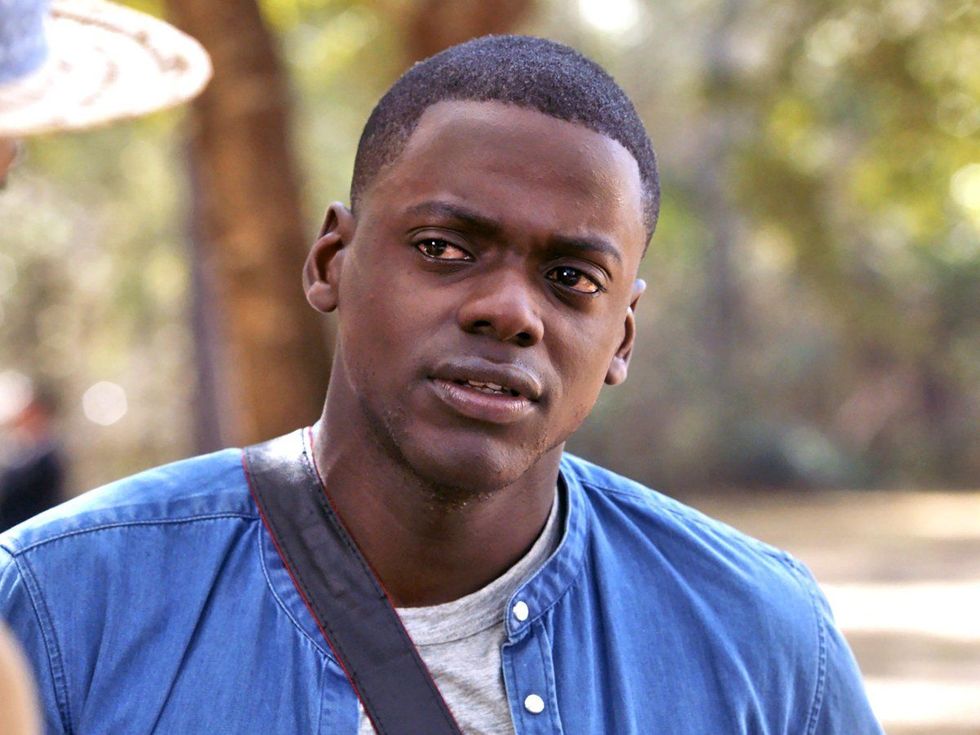 'Get Out' star, Daniel Kaluuya, responds to Samuel L. Jackson's critique of Black British actors in an interview with GQ.

Last week, in an interview with Hot 97, Samuel L. Jackson questioned the validity of Black British actors playing African Americans on film. He was referring directly to British-Ugandan actor, Daniel Kaluuya's role in Get Out. "They’re cheaper and they think they’re better trained than we are because they’re classically trained," he remarked.

Yesterday, GQ published an interview with Kaluyya in which he addressed Jackson's comments and discussed the complexity of the black experience, "I resent that I have to prove that I am black," he says. Read his response below. You can check out the full interview here.

Big up Samuel L. Jackson, because here's a guy who has broken down doors. He has done a lot so that we can do what we can do.

Here's the thing about that critique, though. I'm dark-skinned, bro. When I'm around black people I'm made to feel "other" because I'm dark-skinned. I've had to wrestle with that, with people going "You're too black." Then I come to America and they say, "You're not black enough." I go to Uganda, I can't speak the language. In India, I'm black. In the black community, I'm dark-skinned. In America, I'm British. Bro!

[Black people in the UK], the people who are the reason I'm even about to have a career, had to live in a time where they went looking for housing and signs would say, "NO IRISH. NO DOGS. NO BLACKS." That's reality. Police would round up all these black people, get them in the back of a van, and wrap them in blankets so their bruises wouldn't show when they beat them. That's the history that London has gone through. The Brixton riots, the Tottenham riots, the 2011 riots, because black people were being killed by police. That's what's happening in London. But it's not in the mainstream media. Those stories aren't out there like that. So people get an idea of what they might think the experience is.

Let me say, I'm not trying to culture-vulture the thing. I empathize. That script spoke to me. I've been to Ugandan weddings, and funerals, and seen that cousin bring a white girl. That's a thing in all communities. I really respect African American people. I just want to tell black stories.

This is the frustrating thing, bro—in order to prove that I can play this role, I have to open up about the trauma that I've experienced as a black person. I have to show off my struggle so that people accept that I'm black. No matter that every single room I go to I'm usually the darkest person there. You know what I'm saying? I kind of resent that mentality. I'm just an individual. You probably feel that as a writer, too. Just because you're black, you taken and used to represent something. It mirrors what happens in the film.

I resent that I have to prove that I'm black. I don't know what that is. I'm still processing it.

Black isn't just a blanket word too, as we're talking about. It's such wide spectrum of experiences.

Even people who say that black people are minorities, there are a billion black people in the world. A billion white people. What part of that is a minority? If you separate yourself, then maybe. But I see black people as one man. When I see people beaten on the streets of America, that hurts me. I feel that.

But this is my first lead role in a film ever. I guess that's what happens when things resonate.