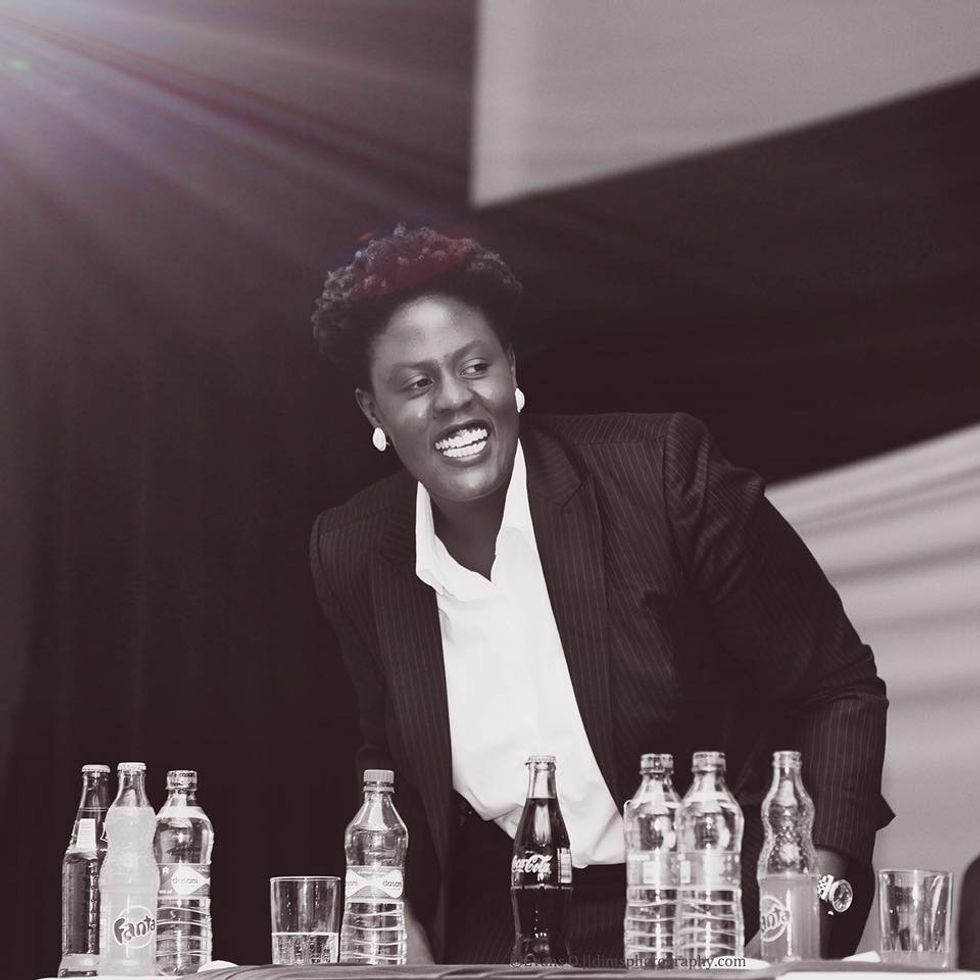 Two days after Kenyan police used teargas and beatings to disperse disgruntled demonstrators in downtown Nairobi, the younger Odinga spoke up on the poor attitude middle-class Kenyans hold of those who choose to go out and demonstrate peacefully.

IEBC stands accused of corruption, and demonstrators fear that the the commission will help the reigning Jubilee party rig 2017 elections. Reports about looting, vandalized property, and snatched phones surfaced. The Coalition for Reforms and Democracy (CORD) say they will continue to protest until the IEBC is disbanded.

The Kenyan middle class' online chastism of the lower class right to protest is the most disgusting, elitist thing I've ever seen in my life and I simply cannot believe this is Kenya. It reminds me of the French statement "Qu'ils mangent de la brioche" or in English "let them eat cake." Supposedly spoken by a French Princess upon learning that the peasants had no bread. It is a complete lack of understanding to believe that people take to the streets because they are "commanded" to do so by politicians or the uppity assumption that they are unable to reason simply because they are lower class.

It is disdainful and elitist to refer to poverty stricken people as "dear stupid Kenyans." I mean honestly, do you think the lady you pay to wash your underwear, clean your floors and bathe your children that you know very well has two children of her own but you insist on paying 10,000 shillings a month doesn't have anger inside her?

Do you think that by making your children call her "auntie" and letting her have Sunday off to go to Church is a satisfactory way of living for her?

As you sleep until 8am and she's up at 6 waiting in the cold for the Makini bus to pick your children up while her's walk an hour in this torrential rain to go sit in a dusty classroom, did you expect business to always be as usual for her?

Middle class Kenya needs to wake up. Every time you pay someone less than 50,000 shillings a month you are responsible for creating a home in the slum. Surprised? Or did you think 12,500 would afford your househelp a chalet in Muthaiga? A lady in Mukuru kwa Njenga, Mathare, Kangemi, who believes her vote was stole is 100% capable of reasoning that this electoral commission must go. a commission that is directly responsible for forcing upon a corrupt, tribalistic, elitist government. Just peer out of the tinted window of your Subaru to see all the people you splash water on when it rains. That is real kenya. Life isn't always Village Market, Mercury or Nakumatt Junction, real life in Kenya will not be shown on Netflix it will not be televised. Real life is in the streets and if you ever stood up for anything a day in your life you would know how important this struggle is for your fellow man that is unable to provide.

Lastly, I insist that we all read The flame of freedom, and if you've read it, read it again. It aptly describes the eight glorious years spent by the person in the forefront of these "unlawful protests" at Nyayo torture chambers, at Shimo la Tewa prison at Kamiti and a host of other prisons being tortured for the rights of Multi-party democracy and freedom of expression, freedoms that I will forever be grateful allow me to express myself on a forum such as this today.