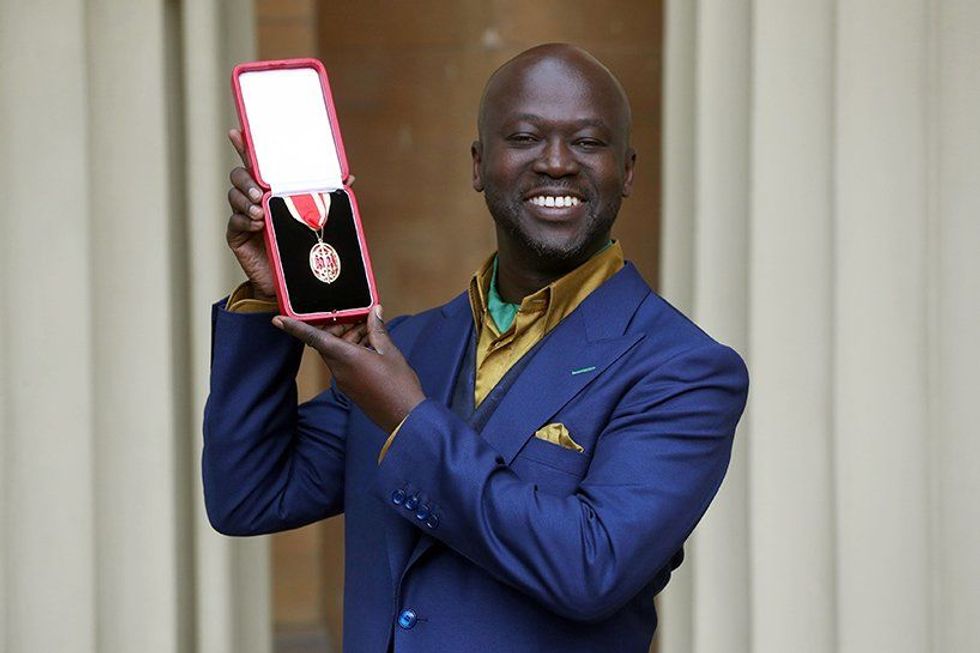 Read some of the social media messages we received in response to David Adjaye's knighting.

DIASPORA—On Sunday, we posted a picture on our Instagram of British-Ghanaian architect, David Adjaye being knighted on behalf of Queen Elizabeth II. To put it subtly, the photograph—which showed Adjaye bent on a burgundy stool with his head bowed as Prince William conferred his knighthood with a sword—didn't sit well with everyone. Comments rolled in from people who thought the picture evoked images of colonialism and racial subordination.

We later posted the picture on Facebook, and asked followers to tell us how they felt about the photo and whether or not it made them uneasy. The responses were mixed, with some questioning the age-old tradition and the British monarchy's imperialist history, while others saw it as a well-deserved honor for the star architect. Read some of the responses below.

In 2016, Idris Elba was also appointed Knight of the Officer of the British Empire. Responses at the time were mostly congratulatory as the actor announced his knighthood with a photo of him and his mother after the ceremony.

Robert Mugabe was knighted by Queen Elizabeth II in 1994, and then stripped of the title in 2008.

The responses that we received helped ignite a conversation that, now more than ever, is certainly worth having. With our history steeped in oppression, it's necessary to call out any and everything we think might reinforce those systems no matter how grand or symbolic they may seem. That's not to say that accolades for black folks don't matter, though. They're useful in helping combat underrepresentation and the outright erasure of our accomplishments.

Needless to say, Adjaye's black brilliance beams, with or without a fancy title.