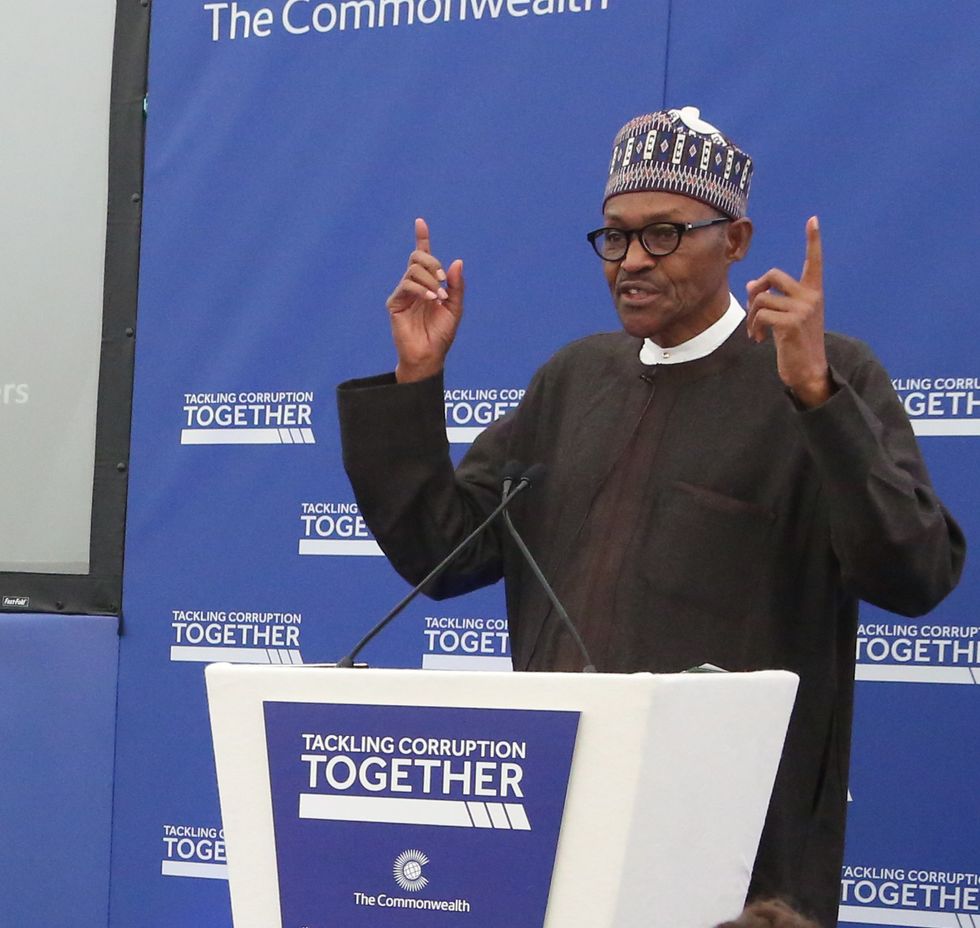 Here are five reasons why Cameron and the UK are more ‘fantastically corrupt’ than Nigeria.

Buhari clapping back to Dodgy Dave. Creative Commons photo courtesy of the Commonwealth.

“What do I need an apology for?" he continued, "I need something tangible.”

The video was taken at Buckingham Palace at a celebration for the Queen of England’s 513th birthday. Cameron, leader of the Conservative Party and a known abuser of pigs, called Nigeria and Afghanistan “fantastically corrupt." High words for a man at the head of a system that funds the extravagant lifestyles of Britain's monarch family. Get this: the royal wedding cost $34 million. Taxpayers shelled out $32 million for security. Queen Elizabeth is worth more than $515 million. Corrupt much?

Important questions must be asked. Namely, who is David Cameron to label others corrupt? Hold on to your Panama papers, Mr. Cameron, or should I say Dodgy Dave? It’s going to be a bumpy ride. Without further ado, here are five instances, among many, of some English style corruption.

One: First off, second off, and third off, your party is under investigation for election fraud. A little awkward right?

Two: I know it’s been a few weeks since the break of the Panama Papers story, and your memory isn’t what it used to be but remember how your dad had secret offshore tax haven accounts and how you personally benefited from them? You even held one with your wife and sold it off back in 2010, right before you became Prime Minister, to avoid any raised eyebrows and investigations, for a cool profit. Not to mention the ‘small loan’ (Trump reference) of 300,000 pounds your dad left you, which may or may not have been funds from the offshore account in question.

And here is a beautiful clip of Labour Party MP Dennis Skinner calling out David Cameron as Dodgy Dave. The House of Commons gets hype.

Three: A good amount of the money being laundered in Nigeria is finding it’s way to the UK and London’s obscene gentrification to the infinite power real estate market. You should probably do something about that. A letter signed by 95 groups in Nigeria was sent to Cameron, demanding a crackdown. The letter reads, "It is ironic that the countries that pride themselves on their own lack of corruption are the very ones providing most of the corruption services to our corrupt officials.”

Four: Uh, remember that one time England colonized Nigeria? It was kinda not cool when private companies held other people’s land. I’m sure you remember The Royal Niger Company. Yeah, that was, like, uh, pretty corrupt, among other things.

Five: Everything Minister Louis Farrakhan says in this 60 Minutes interview with Mike Wallace. He goes all the way in when Wallace foolishly calls Nigeria corrupt. Farrakhan questions the moral ground from which ‘the West’ launches such attacks and accusations of Nigerian corruption, and brings attention to the fact that most of the wealth of the West was built on the theft and enslaving of black people. Do yourself a major favor and watch it.

So, all in all, I think it’s safe to say that it is actually you, Mr. Cameron, who is ‘fantastically corrupt’. Good day sir.