Interview: David Tlale At His Runway Debut During NYFW 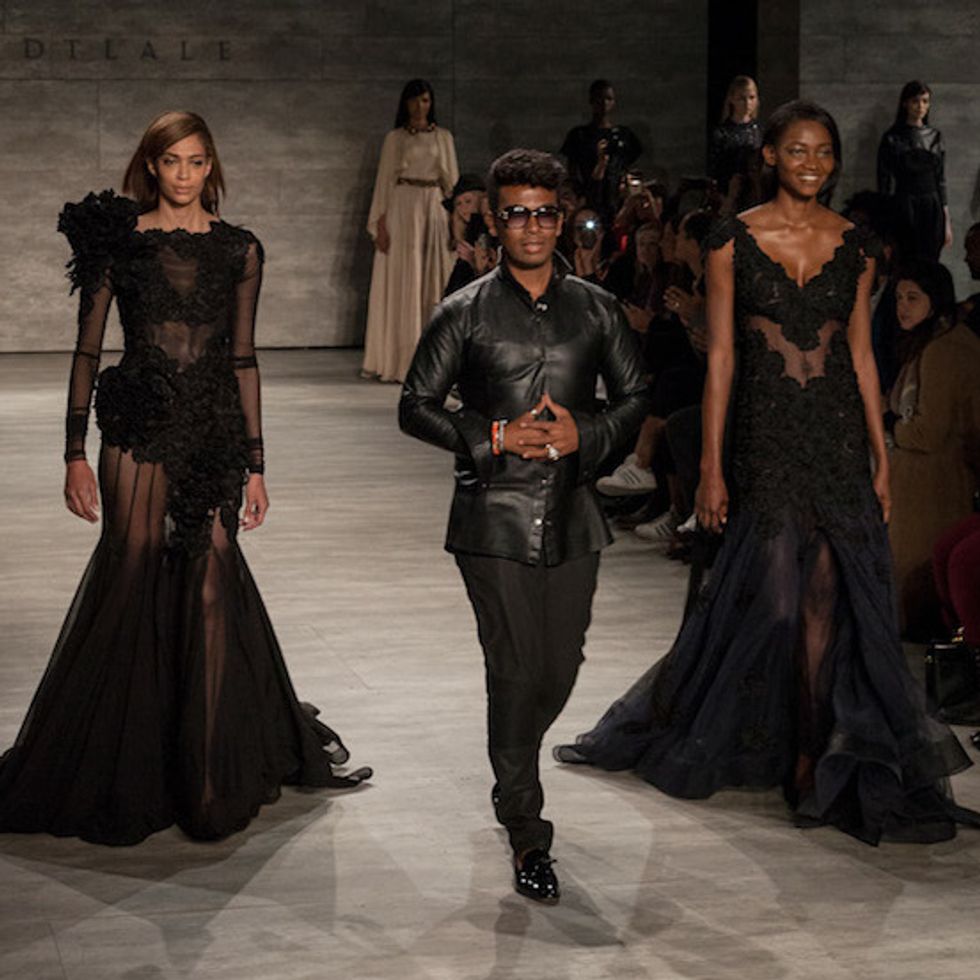 South African David Tlale, one of Okayafrica's favorite designers, hit New York Fashion Week with his F/W 14 Elementary Metropolis collection. Tlale's presentation featured a beautiful set-up, a diverse crop of models and an absolutely stunning collection. There was a special atmosphere in the room as the models walked down the runway in their beautiful attires. We interviewed the fashion star right after his show ended. Read our discussion with David Tlale below.

Poundo: How do you feel?

David Tlale: Right now, I see a lot of butterflies, this was our runway debut at New York Fashion Week. I think that it's a lot of mix-feelings... above everything else, it's a sense of fulfillment within me as a designer. We are building this David Tlale brand in New York and in the world. As a debut, the collection is being well-received.

P: What is the difference between the feeling at your first New York Fashion Week and this one?

DT: In 2009, when we first showcased, my head space was all crazy and with time, you get time to understand the woman you create. And here we are today, she is more defined: Elementary Metropolis. A woman who is chic, understands the fabric, [understands] who she is and what she stands for. More than anything else, I would say: she is the woman who really does not hit the standards when it comes to fashion.

P: Where did you seek inspiration for this collection?

DT: It comes from the urban city girl who doesn't live in suburbs. She is on and off the subway, hopping the yellow cab. She's all about "fabulousity," she wants to look good at all times and she is a go-getter. She works hard, she goes to cocktails and Oscars. The collection epitomizes everything in the girl's life.

P: We think that you are a great example of diversity on the runway. Why do beauty standards not reflect our society?

DT: I believe that I am part of the revolution, where by we have to start embracing every person that lives under the sun. It's not a particular race that wears fashion, every woman who is on the street, whether from a mass production retail to a luxury store, everyone wants to look good, everyone wants to look amazing. Everybody, every color, every race, every nation can be an icon.

Scroll through our gallery aboe to view David Tlale's new collection. If you want to talk about it, tweet @okayafrica with #davidtlale and #newyorkfashionweek.