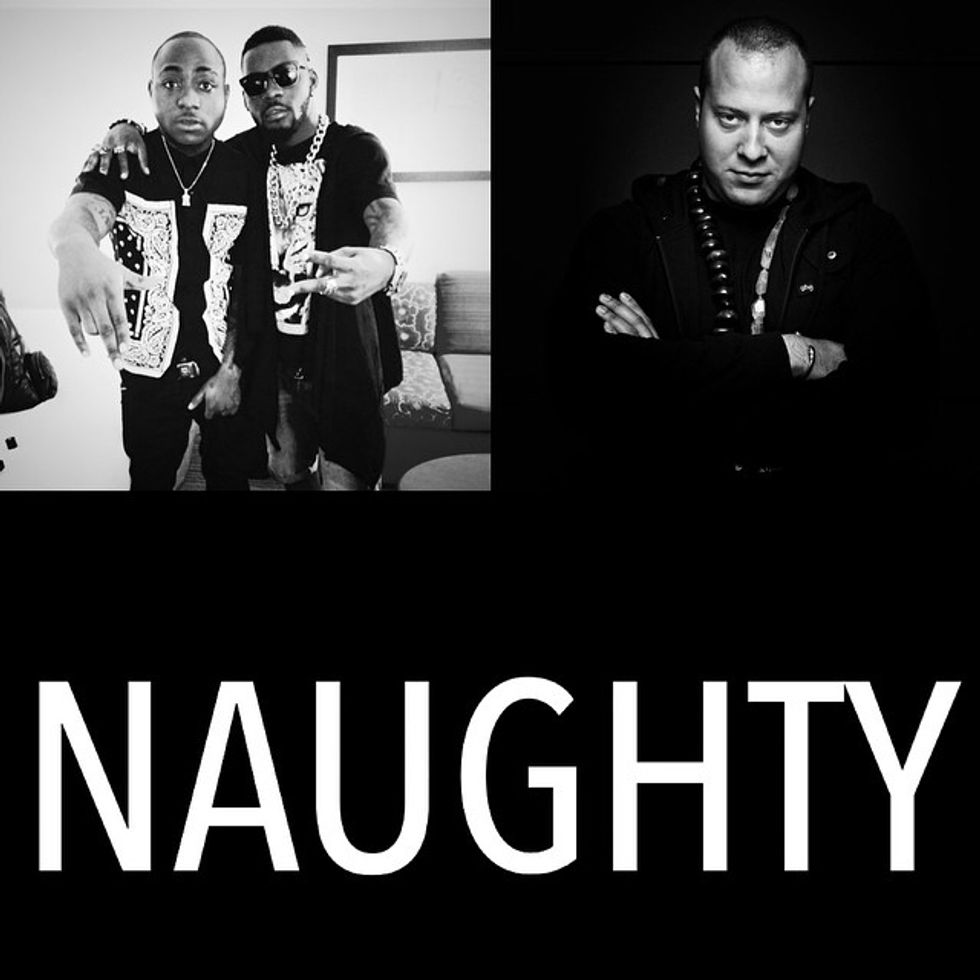 Davido and DJ Arafat team up on "Naughty" produced by Boddhi Satva.

Riding high off of the “Skelewu” wave, Davido has been sweeping up awards all year. Most recently he took home the Best Male Artist of the Year award at the Nigerian Entertainment Awards in New York City -adding to his trophy case of awards including the BET Awards' "Best International Act: Africa," and the MTV Africa Music Award's artist of the year. When last we heard from Davido he was collaborating with South African house heavyweights Mafikizolo on “Tchelete (Goodlife)."  Naija's pop wunderkind is back today with another humongous collaboration. Delivering the same heat as felt on his previous collabs, including Sarkodie's "Gun Shop" and Diamond Platnumz' "Number One" remix, Davido teamed up with Ivorian superstar DJ Arafat on “Naughty,” a fusion of afro-pop beats and Arafat’s signature coupé décalé. With Central African Republic-born DJ Boddhi Satva on hand for production, Davido’s smooth but catchy lyrics blend seamlessly with Arafat’s hyperactive rhymes on the bridge. Satva, who's known for his infusion of deep house, R&B and Central/West African rhythms, brings his signature sound to full infectious life on "Naughty." Davido and Arafat have already begun performing the track at several concerts across the continent, including an especially explosive show in Abidjan. See Davido's upcoming European dates and stream his most recent collab with Arafat below. In related news, as of this week Davido is up for "Best African Act" at 2014 MTV EMAs held in Glasgow on November 9th. For more from Boddhi Satva download his Angola-centered Africa In Your Earbuds #31.