Davido Just Bought a Private Jet—and We Should Care Because? 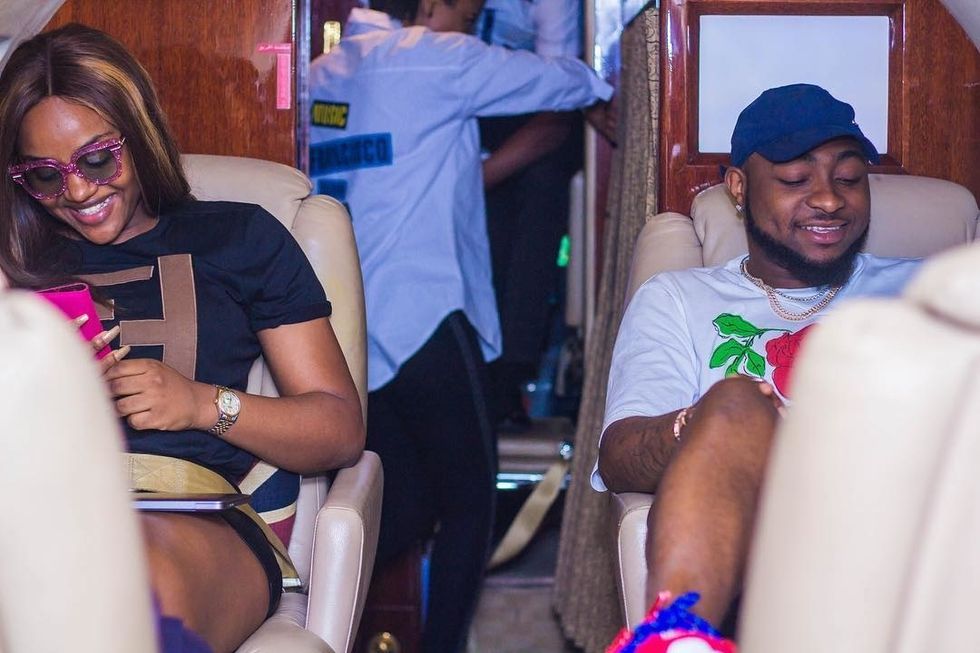 Why are we constantly praising rich folks for being rich?

Here's some pertinent information that you absolutely must know: Davido, the man that brought us undeniable hits like "FIA," "If" and "Skelewu" has purchased a private jet.

Why exactly we should care about this "news" is uncertain, but there's no question that many people do. Numerous Nigerian outlets have picked up the story, with some noting that Davido is now the "youngest Nigerian to own a private jet," and others listing "10 facts we should know about Davido's N9.7 billion ($27 million) private jet." The same occurred earlier this month when the singer purchased a Porsche for his girlfriend.

Such news stories frame Davido's material acquisition as some sort of remarkable deed, warranting the artist a trophy and a special place in Nigerian history books next to fellow heroes like Fela Kuti and Chinua Achebe for his own groundbreaking "first." The inclination to laud Davido, and praise his largely unattainable "accomplishment" highlights Nigerian society's fixation with status and its fascination with people who've amassed exorbitant wealth, for the sake of amassing exorbitant wealth. It's hardly a secret that the majority of Nigerians who have found themselves in this class, have largely done so through back channels: capitalizing off of weak governance, shady regulations and by exploiting the masses rather than "prayer, steadfastness and the grace of God," like some would have us believe. It's unfair and unrealistic for them to remain the standard by which Nigerian society measures success.

Davido is neither a corrupt oil mogul or greedy politician, of course, but he's certainly one of the few, beneficiaries of a system governed by the actions of such people, one of "Neoliberalism's Children," as it was so aptly put in a recent article from Africa Is a Country. He is free to celebrate his new toy as he sees fit, but does anyone outside of his impenetrable circle benefit from doing so? The response to Davido's purchase only further contributes to a culture of lauding rich people for being lucky enough to be rich, while subscribing to the neoliberal fantasy that their success is "merit-based."

Davido is an "Omo Baba Olowo," the son of a billionaire politician—owning a private jet is more of a right of a passage for him, than a reward for his hard spent blood, sweat and tears. Is it really an accomplishment if literally every detail about his life pointed to him eventually owning a private jet? After all, it is a private jet—for his enjoyment only—why broadcast it as news, other than to further stiffen societal pressure put on the average Nigerian to "make that money," when too many come from circumstances that will almost guarantee that they never make it within 20 feet of a private jet, unless they are cleaning it.

We can be happy or even proud of Davido for buying a private jet—we're not here to hate on the man—but we'd have to recognize that we're also amplifying a culture that rewards the good fortune of those who are able to spend in excess and shames those who can't obtain even a fraction of their wealth because they weren't born into the "right" families, and there are systems put in place to ensure that they never do.

Better to love Davido for his above-average love songs, than for his ability to pop champagne with his buddies on his own plane; because when Davido sings seemingly tongue-in-cheek lyrics about "30 billion for the account o," he's just living his reality, it's nothing truly exceptional for someone in his position—his circumstances can allow for it.