It's Pop, Not Afro-Pop: On the Impact of Davido's 'Son of Mercy' 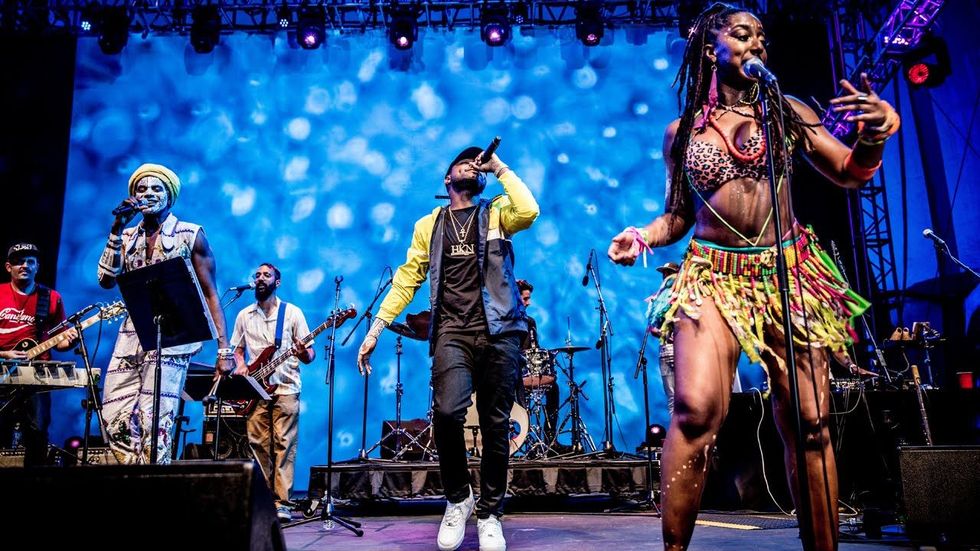 Earlier this month, Davido released “Gbagbe Oshi,” the first single off his new EP Son of Mercy. Produced by Shizzi, “Gbabge Oshi” has a muscular beat with two significant drum breaks. The first influence is afrobeat via Fela—not the latter day afro-pop incarnation we now have. The other is a borrowed flourish from ragga. This will go down well in clubs.

Real heads will notice that this is not the ill-fated album that was slated for a 2015 release. In fact, looking back now in late 2016, it's incredible to think that monster hits like “Gobe,” “Aye,” “Skelewu” and “Tchelete” were singles meant for an album that has now been jettisoned altogether.

These releases—along with “Dodo,” “Owo Ni Koko” and the many other collaborations—have made him a constant presence in our lives anyway.

There’s certainly a quiet competition going on between him and Wizkid for whose new album will receive the biggest reception. Both artists have delayed their album releases, signed huge distribution deals with Sony and added to ever more impressive business and musical collaborations.

Davido’s new EP has two collaborations with female artists, the first of which, “Maga 2 Mugu” alongside Simi, feels inferior on a project that has “How Long” with Tinashe.

Simi is a competent singer. The problem is that, to my ears, her voice is thin and tiny, damn near close to a whine. It's pleasant but lacks presence. The title’s attempt at pithiness works as an alliteration but the meaning is clunky. Roughly speaking, “Maga” in this context means “going crazy” and “Mugu” means “fool”.

“Coolest Kid In Africa” succeeds mainly because it effectively adapts afrobeats to trap. It's clear that Future is the presiding spirit, especially his flow coupled with outlandish bragging about wealth (“take your iyawo/ take her to Jamo...put some owo in her life”). Buoying the song is a very solid though typical trap verse from South African rapper Nasty C.

'Iyawo' - wife (or simply girl in this instant)

“Return” starts with an earnest admission about a woman with whom Davido's in a relationship, “they misuse her when they cheat,when they beat, when they scratch...and I'm going to be the perfect person for her, for ever,” only for him to say in the next line that he likes “the way she put it on me.”

Besides being a little disturbing, it lacks a clean thematic consistency. Neither is it helpful for the woman in question to swiftly go from an abusive relationship to one that is overly sexual, no matter how benign. It's quite possible that she might want some time to herself in between the first verse and the first hook.

Another gem here and a particularly interesting one is “How Long.” Tinashe’s primary sound is soulful, sultry and a little louche. It is from a lineage that is commonly attributed to Aaliyah but is more precisely Janet Jackson's, especially from her 1993 album Janet onwards.

Tinashe is among the new schoolers (along with Kelela, FKA Twigs, Jhene Aiko, and others) who are at their most effective when cooing into your ear rather than belting from the top of a cliff, while Davido is an afrobeats maestro whose monster hits would set off any party. Whoever decided that these two very different artists belonged on the same soulful house track should get a cut of the substantial future royalties.

Together, riding double, there's no bucking or rearing, making “How Long” a smooth ride of a song.

Significantly, on Apple Music, the EP is denoted as “pop” and not “Afro-pop” or the nonsensical “world music.” It signifies a shift in the perception, commercial viability and maturity of afrobeats, especially now that it is making incursions into the UK, European and US markets.

When asked in a radio interview what artists were featured on his upcoming album, Davido mentioned Rae Sremmurd and Usher. On another stop, he tells of how after a meeting with Usher, the singer asks for Davido’s number and how bowled over he was by this. From all indication, and in no time soon, this feeling will normalise, surely.