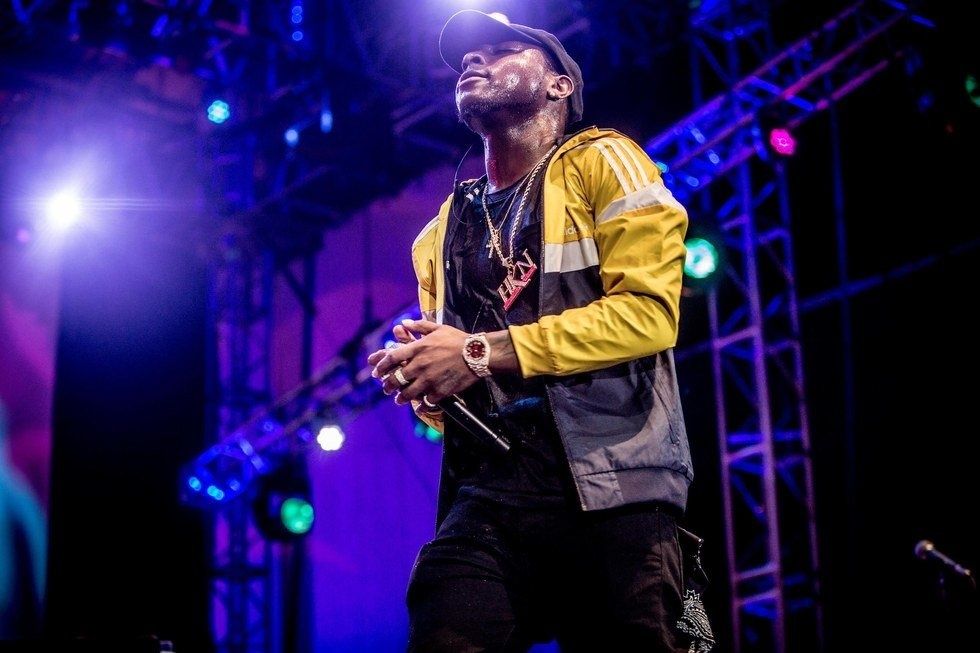 The Nigerian star tore it down over the weekend at Wireless Festival 2018.

Davidowas on the line-up for last weekend's Wireless Festival in London and his performance did not disappoint.

In videos he posted to his Instagram page, the Nigerian star can be seen getting thousands of people in the festival's crowd to sing along loudly to some of his hits like "If," "FIA" and "Dami Duro."

In one of the videos, Davido and his crew can be seen angered before he takes the stage again. The singer wrote, "Everyone's emotions were so HIGH at this point! They were trying to Cut our time short ! The Crowd wasn't having it ! We weren't Havnt it! And my God wasn't having it !!"

The Nigerian singer also payed homage to his late friend DJ Olu, who passed away last October, by wearing a t-shirt bearing his name.

It's been a big few weeks for Davido, as recently won Best International Act at this year's BET Awardsand, in his speech, urged people to "come to Africa."

Watch the videos from his performance—and the thousands singing along—above. They're truly epic.