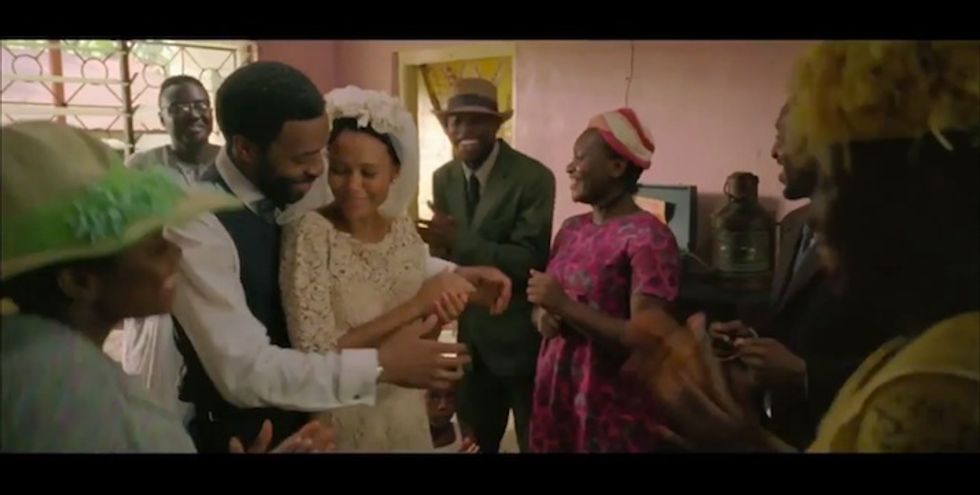 Naija pop superstar D'banj just dropped the video for "Bother You," the official track for the film adaptation of Chimamanda Ngozi Adiche's bestselling novel Half of A Yellow Sun. In true D'banj style the video features glamorous beach scenes and sun-kissed bodies, spliced with snippets of the film starring Chiwetel Ejiofor and Thandie Newton. Check out D'banj's new video for "Bother You," with scenes from the forthcoming Half of A Yellow Sun film, expected  March 2014, below.