D'banj 'Top Of The World' 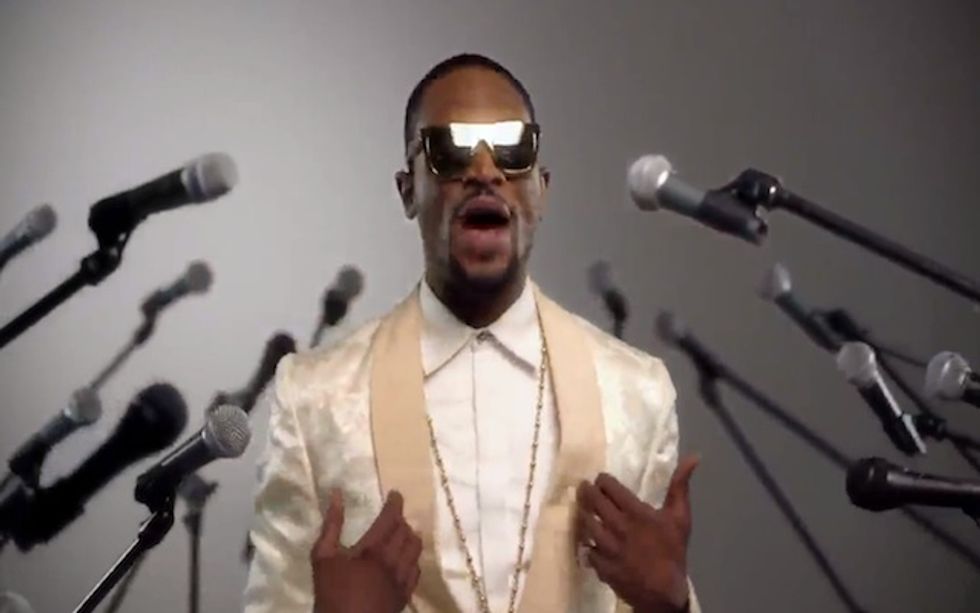 D'banj, Nigerian pop magnate and Kanye Westsignee, just released his latest music video for "Top Of The World," the theme song to this year's African Cup of Nations tournament in South Africa. The clip features D'banj singing the song into a forest of mics while performing alongside a dreadlocked guitarist and rock drummer — it also incorporates some live clips from his stadium performance at the tournament. Watch the video for D'banj's "Top Of The World," which he dedicates to the winning Super Eagles, below.