Dear Alt-Right: A Sober Explanation of Why Your Ideas Are Wrong—with An Aside to Liberals 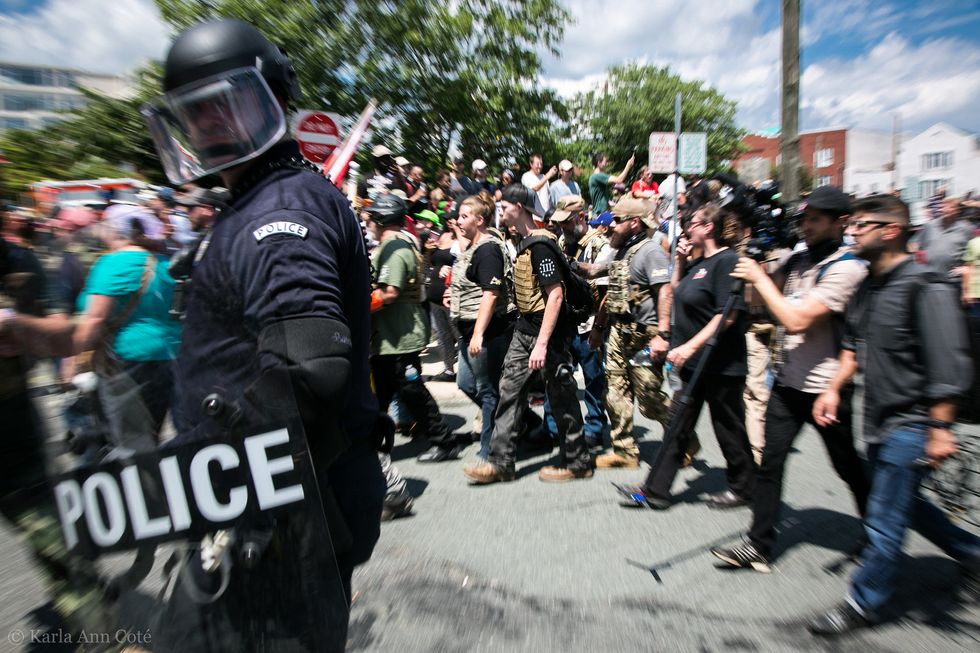 "You don’t give Nazis one inch. You stop them, at all costs."

Fuck you. You are not alt-right. You are white-supremacist Nazis. I mean that to the fullest extent a pejorative will allow. No euphemisms will disguise this apparent fact. You are wrong: history and logic and a sense of humanity and a shred of morality and ethics will prove this. I will not degrade myself and my sense of humanity by explaining to you why we, "the Others, the Blacks and Mexicans and Arabs and Queers and Women and Trans People and Those With Convictions and Ideologies That Threaten Capital," those that you hate so much, deserve to exist and thrive in a world free from hate and oppression. Though I could, I will not break down these issues for you, to beg you to be understanding, to see the systemic oppression and general fucked up shit that capitalism in marriage with white supremacy has inflicted upon the world, including many of those that belong to the socially constructed racial category you believe yourself to belong. I will not take time to explain how your ideas of white genocide and the assault from the politically correct liberal media on your whiteness are bullshit (no offense, bulls).

Rather, I write this to the liberals, those of moderate political stock who sit uncomfortably on fences while proclaiming the fences’ comfiness, arguing how it’s cozy AF.

The liberal that quickly calls non-white people who commit acts of violence, acts of violence that are most times in response to injustice, as a huge problem that necessitates 24-hour coverage, but chalk up (pun intended) white supremacist terror as an isolated incident not indicative of larger forces.

Dear liberal: you have a historical affinity to waiting until the last minute to fight unabashed right wing terror. Remember WWII? Don’t repeat history and wait too long. The cost is alarmingly high. The cost is unacceptable.

Dear liberal, look away from the center, from your own two feet, look up and out and below and behind you. Your moderation, your trepidation is and has been the breeding ground from which Nazis grow.

You don’t have a dialogue with Nazis and white supremacists. You don’t allow them to spread their hate filled bigotry. You pull their fucking websites.

You fight them, you punch them, you meet them with staunch and unwavering resistance. You don’t supply them with oil to wage war, you break up their hate meetings.

You organize outside of existing institutional structures, structures themselves tainted with a history of politics and policies of white supremacy fueled class war, and you get ready and you take aggressive and decisive action when the time arrives.

You don’t give Nazis one fucking inch. You smash them where they fucking stand, whether it be at the University of Virginia or Berlin or Barcelona or Addis Ababa or Berkeley.

You stop them, at all costs.