Get Familiar With the Experimental Folk Sound of Dear Denizen 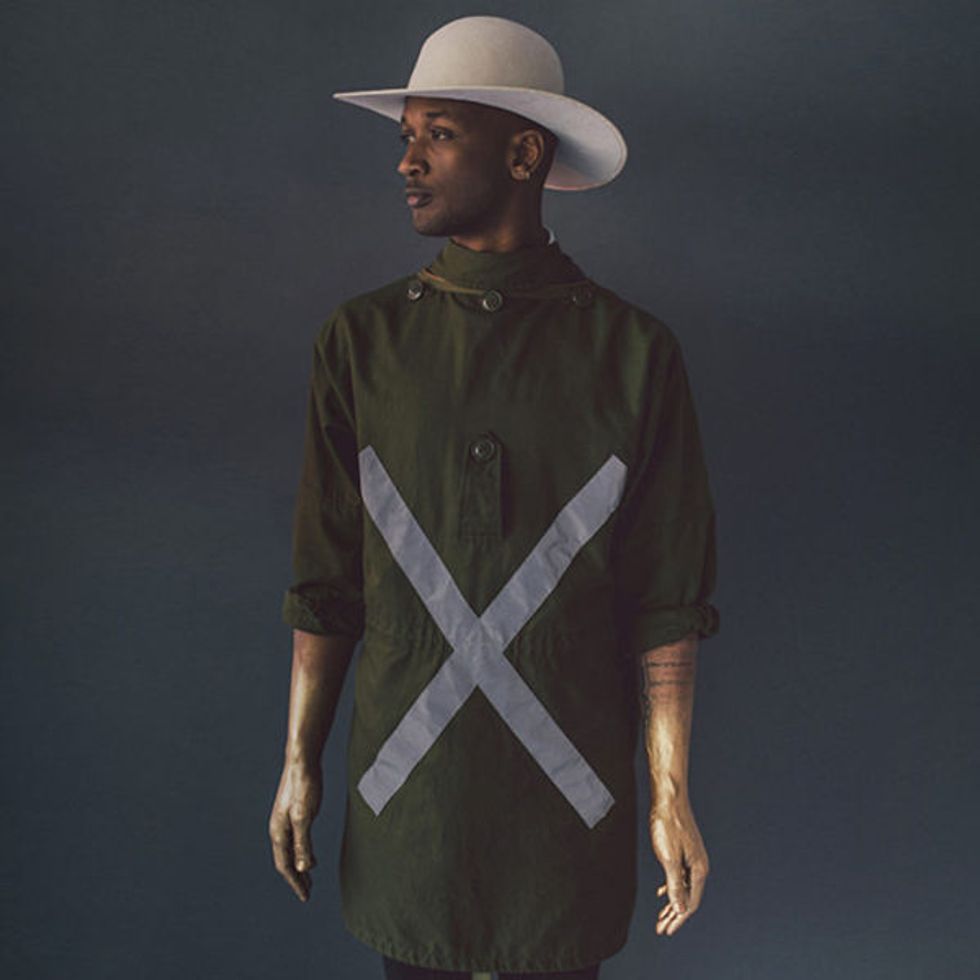 Dear Denizen is a collaborative project led by Congolese-Canadian singer-songwriter Ngabonziza Kiroko. The band’s sound is an exploration in genre-mixing that has produced an intriguing result in the form of their latest EP, Now Here.

The cross-genre EP sees the musicians interlocking warm folk rhythms with hints of post-punk and electro-rock production to form a rich, experimental base for Kiroko’s accented vocals to build upon.

Each track on Now Here offers something new to savor. On the lead single “Wanderlust,” it’s Kiroko’s retrospective lyrics and reverberating harmonies. On others, it’s brisk strings and dramatic chords.

“This collection of songs is a thrilling study of contrasts,” the band mentions. “Now Here ignites something in the soul like a rising fever of which you are unsure you want to be cured.”

Read on for our interview with Kiroko, in which he tells us more about creating the feverishly gripping sounds of Dear Denizen.

Can you tell us about yourself and how you started making music?

I immigrated to Canada from the DR Congo when I was 21. It took me forever to really get into music even though all along I knew that music is really what I ought to be doing. As a young immigrant in a new country, it wasn't really in the cards for me to even begin to entertain the idea of being a musician, of all occupations.

You know, you gotta get your papers first, assimilate into new ways of living, culture and customs, and that takes years. Another thing was the fact that I was not a conventional musician, in the sense that I don't play any musical instruments whatsoever.

It wasn't until about 2007 that I started looking into computer music. I took some classes in sound design, and that was the tool that I needed to print my ideas. I quit my office job, I got myself a laptop and a part-time job at a coffee place and I just started producing.

Can you tell us more about your Dear Denizen project?

I started Dear Denizen in 2012 with my friends Jeff Louch, Bucky Wheaton and Alex Hackett from the band Pang Attack. I would write songs on my computer and I would bring them to the boys and we would articulate these sort of groove-heavy, world, rock, post-punk-ish tunes. It was super fun. An eponymous EP followed in the summer of 2014.

Since I tend to be kind of polymorphous and pretty insatiable in general, I had all these songs in my heart so I wanted to keep experimenting and exploring different genres like blues, R&B, and folk. My guitar player at the time, Alex Hackett, wasn't really having it, so he left the group and my friend Chris Velan joined. We went on to play all kinds of shows and festivals, while this second EP, Now Here, was coming to life.

Who are your musical influences?

My musical influences change all the time, it's really kind of episodic. For instance, right now I am very much into JJ Cale, Solomon Burke, Nina Simone, Lana del Rey, The War On Drugs, Son House, David Lynch (he makes great albums a lot of people don't know about), Tom Waits, and Leonard Cohen to name but nine. Oh yeah! The new Weeknd stuff is amazing.

Your sound is very unique. How would you describe it?

I grew up on African music, Congolese rumba mostly and other East African music. It certainly shaped the way my brain conceives and approaches rhythm and melody. And the fact that I got into ''Western music'' later in my life. All of that, I think, is what created this sort of hybrid, ''unique'' sound.

Can you tell us about what the meaning behind the EP's artwork?

The artwork is by Jan Durina, he'S a Slovakian artist living in Berlin. He's also an amazing photographer and musician. I told him that for this EP I wanted something raw that carries a sense of struggle, madness, frenzy, lunacy and lust. So I sent him some ideas and I think he truly put them together beautifully. He did the artwork for my first EP as well.

What are the Congolese influences on the EP?

I think the Congolese influences on this EP are in the song structure, especially on “Wanderlust” and “Every Dream Is A Good Dream.” Congolese music for some reason has this thing where we do our verses back to back and then the choruses come after in the form of a epic finale/outro. I really love it.

What can we expect next from you?

Well I am now also part of a duo called ABAKOS with my buddy Pierre Kwenders who is also a Congo expat. We released our first EP, New Constellation, in October and we are going to be releasing another one around February. In the meantime, I am working on new material for both Dear Denizen and ABAKOS. Assiduous! It's going to be an intense and lively couple years, and I like it like that!

Purchase the Now Here on iTunes  and Bandcamp and keep up with Dear Denizen on Facebook and Instagram and via Soundcloud.