Dear White Feminists: Black Women Have Never Been Shocked by White Male Mediocrity (Neither Should You, You Raised Them) 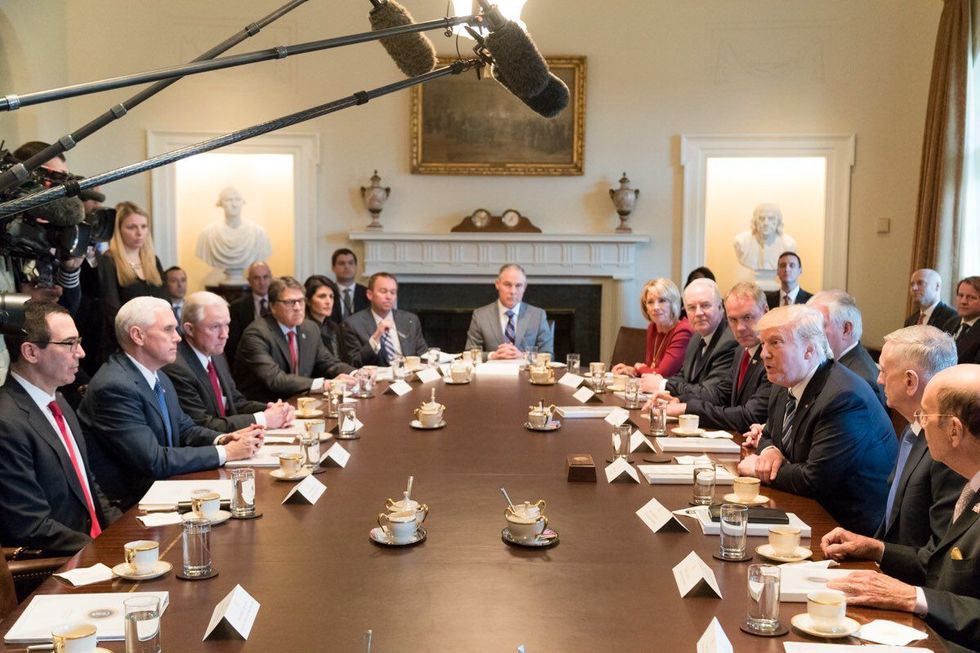 An op-ed on how Black women have never been surprised at just how far being average, white and male can take you in this world.

White male mediocrity and white mediocrity in general is a thing. Donald Trump’s narcissistic, unscripted ramblings at his “rally” in Arizona on Tuesday night are a prime example. Not only were many of his statements sensationalist, they were flat out untrue. His self-absorbed take on the events around Charlottesville were especially difficult to watch, particularly because he barely acknowledged the death of Heather Heyers, who was quite literally struck down by an enraged white supremacist who also attempted to plow through dozens of other peaceful protesters. Yet through wealth, influence and assurance in his own mediocrity, Trump convinced hundreds of people—some of whom we might assume know better—to cheer him on for stringing together a few halfway coherent sentences.

So whether it’s white musicians co-opting traditionally black sounds for profit while artists of color struggle for recognition, or high fashion scoffing at the creations of innovators like Dapper Dan only to appropriate their talent years later, (hi, Gucci), capable minorities have always been treated as a threat or a resource for free ideas in America. These days, thanks to a procession of mediocre white men in highly visible positions of power openly using piss poor judgement to do things that adversely affect white women, they too are starting to catch on.

The problem of white male mediocrity has never been more present or clear. He's getting claps and praise for being able to form sentences.

James Damore is every white male Trump voter feeling threatened that women and PoC, if given an equal chance, will reveal his mediocrity.

You receive the greatest honor of your career and immediately after a white man reminds you that you are different. What fuckery.

While we're talking white mediocrity, I've lost white male friends just by being smarter than them. Have a good day!

Mediocre white men have the world at their feet while others struggle. Say no to white male mediocrity.

This is why white feminism is bullshit, because it's only purpose is to cater and coddle white mediocrity https://t.co/NtdxSGV5Dz

Post-Charlottesville and the tragic murder of Heyers (who happened to be a white woman), a blitz of responsive articles attempted to unpack the role women have historically played in white supremacy. What many of these pieces didn’t consider is that outside of actively supporting domestic terrorism against people of color—as Carolyn Bryant Donham did when she signed Emmett Till’s death warrant with a falsehood—there are much more subtle ways white women contribute to the sense of entitlement that allows white male mediocrity to have a foothold, and a lot of it starts in childhood.

America has a long history of institutionally, socio-economically and psychologically disadvantaging and demeaning people of color. As a result, white children often end up being the recipients of constant positive reinforcement, both in the home and in the larger world. From their formative years on, they are told they can do anything they set their minds to and be anyone they want to be. They’re also lucky enough to exist in a society that echoes these sentiments—particularly if they are male (because patriarchy). Black children, on the other hand, are rarely given that kind of reinforcement outside of the home.

One study showed that starting as young as preschool, children of color are suspended on average 3.6 times more than white children. Another Stanford study found that teachers are much more likely to view black kids as troublemakers over their white peers. I frequently experienced this while attending a predominately white school. I can still remember the deep sense of injustice I felt when I got detention in my seventh grade math class for retaliating against a white, male classmate who had been throwing things at the back of my head for the better part of 30 minutes. When I told my teacher (who also made me buy him a magnifying glass because he claimed that my writing was too small) what happened, he didn’t believe me. As a result, the boy who was harassing me was never punished, but I was. Because my teacher didn’t believe me, I was initially terrified to tell my parents—I was convinced they would react similarly. I’m so grateful to them for not only believing me, but going to my school and raising hell about that particular incident, which was one of many I experienced throughout my academic career.

Another study by the American Psychological Association found that black boys as young as 10 were often viewed as threatening and thought to be much older than white kids of the same age. The latter is a particularly heart-wrenching when one thinks of child victims like Trayvon Martin, Tamir Rice and Michael Brown, who, though still young and innocent, paid the ultimate price for their skin color. To grow up black in this country often means being robbed of the chance to actually be a child.

For black parents, that means instead of being able to concentrate on reinforcing their child’s specialness they must focus on teaching their children the tools for coping in hostile environments. Many white parents don’t even recognize this inherent imbalance. And because they don’t realize just how common and pervasive racially-motivated stereotyping is, they make no attempts to educate their children about their own privilege. In remaining blind to the alternative narratives of their children’s peers of color, white parents contribute to the very structures that have spawned the hordes of tiki torch-bearing white men who are convinced that the world owes them something.