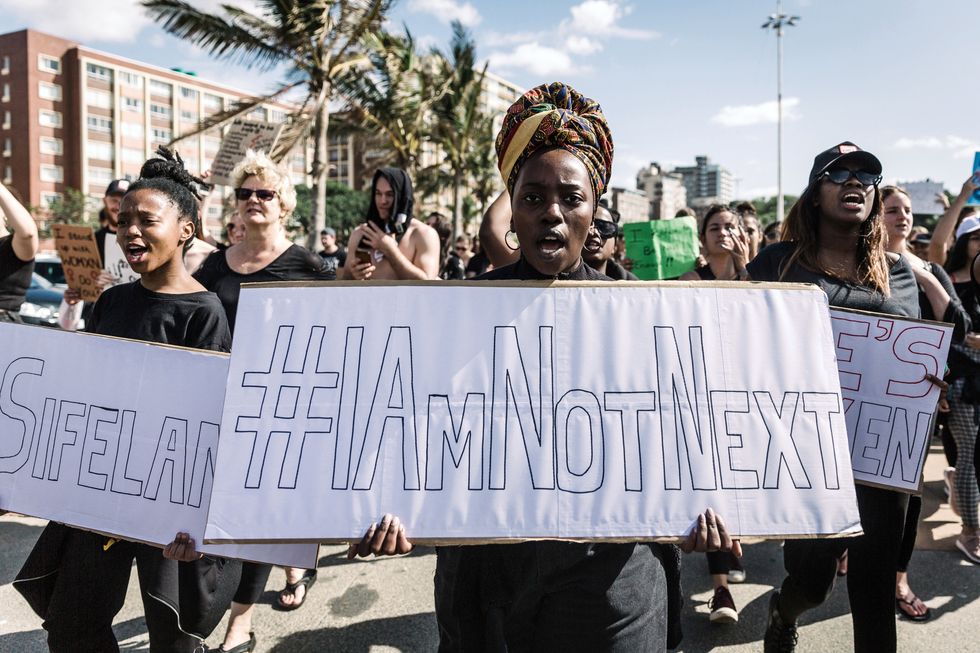 The ongoing gender-based violence in South Africa has the nation on edge.

Another week, another sad story of violence against women in South Africa. 22-year-old Sinethemba Ndlovu was taken to the hospital this weekend after sustaining "two stab wounds below the left armpit and stomach" according to police spokesperson Captain Nqobile Gwala. She died while in medical care. As per BBC, witnesses stated that Ndlovu was working a motorsport event in KwaZulu-Natal Saturday night when a man forced himself on her. As of now, no arrests have been made.

The extreme violence against women has been a major topic in South Africa as of late. Earlier this month, people took to the streets in droves to protest the normalized culture of violence against women. In response, last week President Cyril Ramaphosa announced an emergency plan to curb rising assaults on women and pledged to commit $75 million to the cause as reported by Al Jazeera. But actions are not having an effect quickly enough.

Ndlovu's death is only the most recent murder to stir national outrage. In August, a young University of Cape Town student, Uyinene Mrwetyana, was brutally raped and murdered in a post office. She was thought to be missing until the police discovered her body a week later. This event, after a hectic string of violent attacks, prompted calls for the death penalty as punishment. It also spawned the hashtag #AmINext on social media.

The trending hashtag is meant to underline the frequency of attacks and the vulnerability felt by South African women. Many people have taken to Twitter to express their condolences for Ndlovu–using the hashtag #RipSne and #SinethembaNdlovu–as well as sharing their reactions to another instance of violence.

Our society is broken, producing violent men who are taught to treat women as objects. Something needs to give. We… https://t.co/JTgpXtZKqq
— Themba Mbuzi (@Themba Mbuzi) 1569256031.0