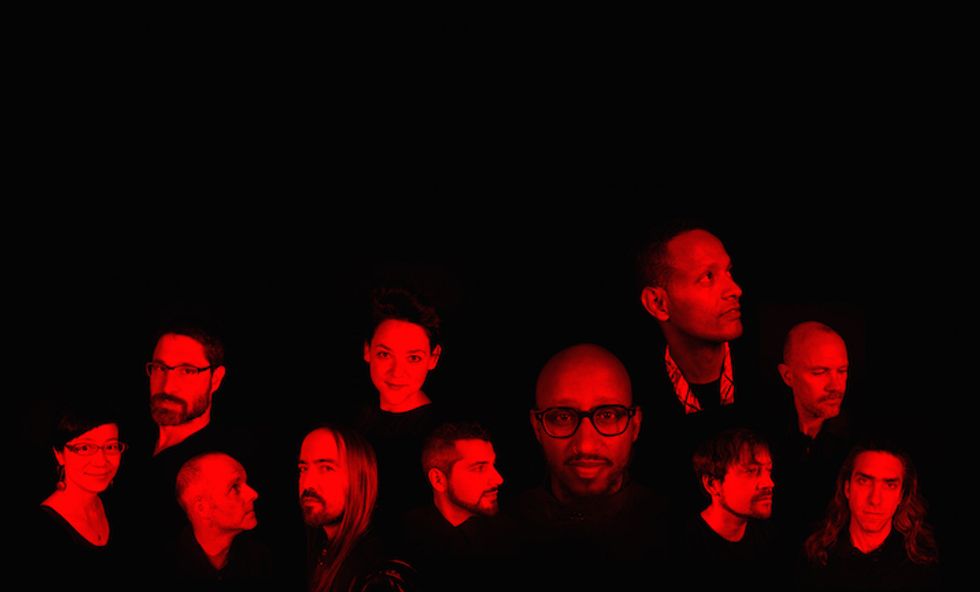 Dipping into Ethiopia’s colorful musical past, the band creates what they refer to as “imaginary mixups and mashups,” consisting of artful reimaginings of late 1970s and early 80s Ethiopian sounds. Using this illustrious musical era as a nucleus, the band produce a sound completely their own.

“Imagine what Duke Ellington, while on his famed African tour, might have played with the Addis Ababa Police Orchestra. [We] invent the jams of the Ethiopians who served in the Korean War and brought back influences from East Asia,” the band mentions to Okayafrica. The outcome is an energizing amalgam of Amharic lyrics and rhythms with elements of folk, soul, rock 'n' roll, and a hint of early 70s, Miles Davis-esque jazz fusion.

Luckily for us, the band will have endless material to draw inspiration from with the overabundance of Ethiopia’s undiscovered decades-old records. “Ethiopian musical cultures are so diverse that [we] could only scratch the surface even after ten years of dedicated study," the band says. "In Ethiopia in the early 70s, you had a lot of different styles and artists and arrangers. You had such wealth. You can never stop digging; there will always be new material to introduce people to. That’s something significant. We’re digging much, much deeper. We’re still unearthing new sounds after a decade.”

"'Ele' is a song about the celebration of cultural diversity. It features a beautiful gurage girl who crashes a dance party and mesmerizes the crowd with her traditional dancing. The resounding cries of 'Abet Abet' (which can be translated as "Yes! I am here!") encourage each and everyone of us to embrace our cultural identity as a way of enriching one another," Mekonnen adds.

Stream Debo Band's "Ele" above. Ere Gobez is out May 20 on FPE Records.