Deeper Than The Headlines: Africa's 1%, Mau Mau, and A Polemic Against NGOs 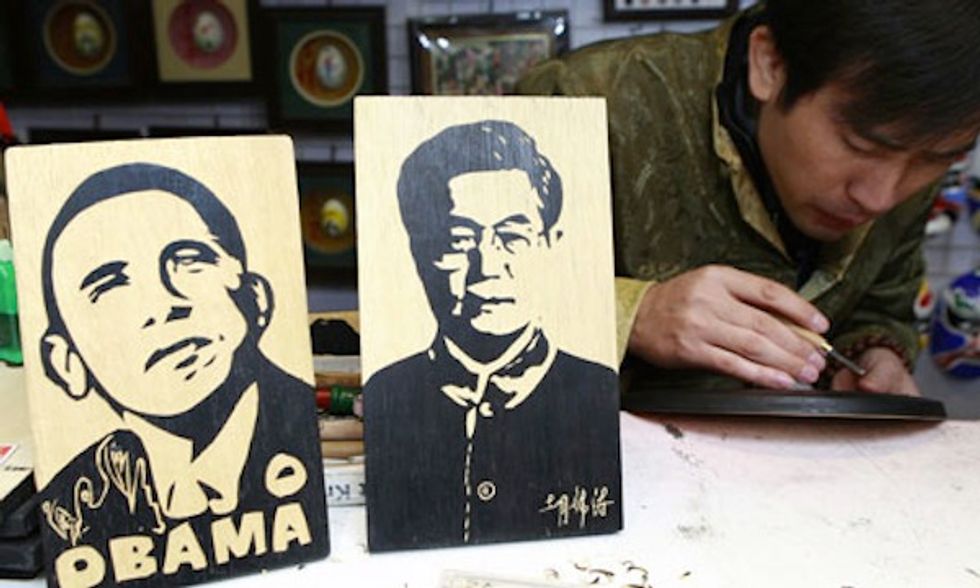 Deeper Than The Headlines: Africa’s 1%, Mau Mau, A Polemic Against NGOs, Teju Cole on Twitter.

1. A Polemic Against NGOs and the Destruction of Local Innovation

Jeremy Weate knows that the development sector is often criticized for being ineffectual. But he wants to highlight a different aspect of the conversation: the relationship between civil society and non-governmental organizations (NGOs), or rather "the way in which the notion of civil society has been reduced to being synonymous with NGOs." In his article for African Arguments Weate suggests that the conflation between civil society and NGOs has to be located as a contributing factor to stagnant progress in Africa. Weate expands and addresses what actually constitutes civil society, and how the existing relationship between donor agencies and NGOs has produced often filtered, neat, and non-threatening action. Weate uses the example of Occupy Nigeria to detail what happens when NGOs become involved in civil society and how they often stall legitimate movements to increased citizen participation and better governance in Africa.

2. The Mau Mau May Rewrite the History of the British Empire

Maybe you saw the headlines which announced that the three Kenyans (Mau Mau veterans) had won the right to sue the the British government for atrocities committed during colonialism, maybe you didn't. Regardless, Ian Cobain's article from The Guardian provides all the background you need to understand the ruling, and what it really means for how we continue to engage with the legacies of the British empire. Cobain draws attention to the Foreign and Commonwealth Office (FCO) appeal of the decision on the basis that it exceeds the time limit for civil action in the country (typically three to six years). He also highlights that the case has drawn attention to concealed documents, which demonstrate just how brutal the British empire was. Cobain states, "perhaps the most far-reaching implication of the high court's decision could be not that it will result in more claims for damages; but that those claims will throw such harsh light upon a period of Britain's recent history that the history will need to be rewritten."

3. Should Africa Be More Interested in the Chinese or American Elections?

In her piece on Africa on the Blog, Ida Horner asks a really important question: should Africa be more interested in the Chinese or American elections? Horner doesn't have an answer but she does suggest that Africans have shown much more interest in the American elections for three reasons: President Obama is from Kenya, the media has made it very easy for Africans to follow the American presidential campaigns, and finally because the Chinese elections happen behind closed doors. Through her article, Horner suggests that Africans are more interested in these elections than they should be considering "that Obama’s record in Africa has been appalling thus far in comparison to say, Bill Clinton with his  tariff-free trade with Africa in the shape of AGOA and George W. Bush’s campaigns for more money to combat HIV and Malaria in Africa." In addition, Horner draws attention to the complex relationship between Africa and China as many question whether China's economic relationship with the continent should be problematized as well. The article can be confusing at times, but we suggest taking a look as it poses important questions about Africans and how they relate to the West vs. the East.

In this series, we're trying to draw attention to pieces that are a bit more in-depth than general news headlines. With that, Nigerian author, Teju Cole's twitter feed provides short news segments, but highlights seemingly bizzarre, yet mundane headlines. He's saying something with these headlines, and it's definitely worth reading. Earlier this year NPR featured Cole's Twitter feed and how he "crafts compact stories based on small news items, things you might overlook in the metro section of a newspaper." In the NPR interview he expresses his interest in writing compact stories: "I found that there was so much that you could take out of a story, a great deal more than you might imagine, and still have it be a coherent story. ... So, there's a spray-painter, there's a policeman somewhere near him who fires into the air, and gravity does the rest. I don't have to conclude the story, because it concludes itself in your head." We selected his twitter feed this week in particular, because something about the juxtaposition of humor and gravity was particularly captivating, if not slightly haunting. Our favorites below (with some funny US election tweets as well!)

For Think Africa Press, Zainab Usman questions the recent declarations of extreme growth and economic development on the continent by looking closely, not only at the sectors most benefited by said growth, but also at a growing inequality gap between the rich and poor. Usman notes that there is a growing middle class, but she's very critical of how this translates for those still grappling with unemployment, education, and housing: "There has certainly been some improvement – for one, there is now an identifiable middle-class in Africa with money to splash around in the cinemas of Abuja and pricey hotels of Accra, the malls and retail outlets of Johannesburg and the exclusive residential estates of Lagos and Nairobi. However, once you step out of these glitzy inner cities and look to the outskirts, the glaring contrast between the shiny modernity and the urban deprivation in the slums hits you like the searing tropical sun." For a more comprehensive analysis of how different sectors across the continent are growing, this piece is a great start.

Be sure to check back next Thursday!