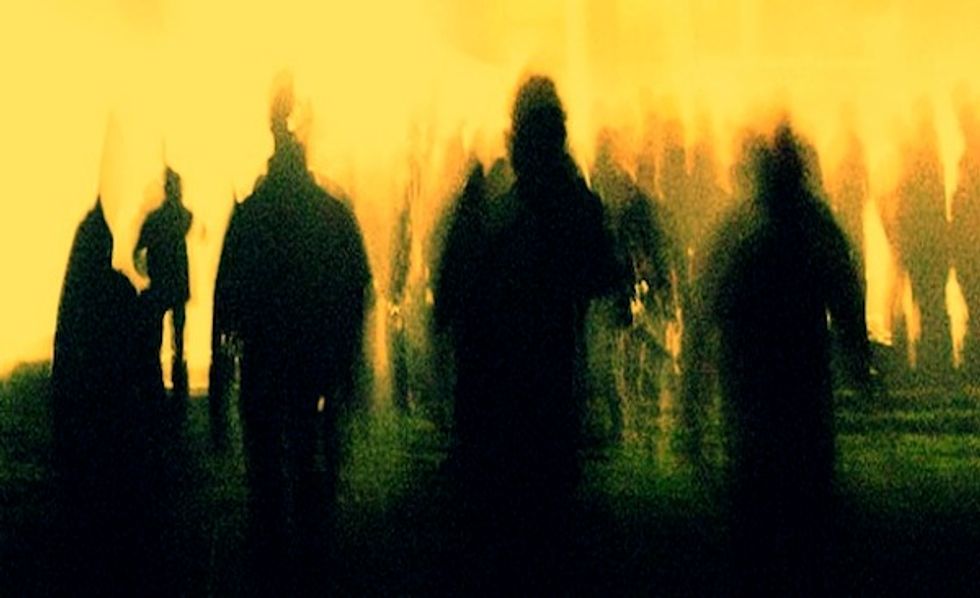 Okay okay, here is our second installment of "Deeper Than The Headlines." If you missed last week's, take a look for some in-depth pieces covering topics from Thomas Sankara to Die Antwoord. Keep checking back every Thursday for pieces that go a bit deeper than the headlines.

In this compelling piece for The Atlantic, critically acclaimed author, Teju Cole takes a closer look at mob justice in Nigeria, particularly the haunting lynching of four students earlier this month in Port Harcourt, Nigeria known as the "Aluu 4." The murders were widely circulated throughout the web, with Youtube videos, and explicitly disturbing photos of the young men- what is particularly interesting to Cole is the response. He states: "I found the response to the incident among the Nigerian public interesting. The outrage was loud and long. It was as though this were the first time such a thing had ever happened, as though Nigerian society were not already mired in frequent and almost orgiastic spates of violence. Somehow, this incident had differentiated itself from the terrorist attacks by Boko Haram, the endless killings by "unknown gunmen," the carnage on the roads, the armed robberies, the dispiriting catalogue of crimes in places high and low." Throughout his piece, Cole explores mob justice, or the more loaded term "jungle justice", as a consequence of a crisis in modernity in which "mobs arise out of this crisis [as] a form of impatience." For a really powerful examination of the Aluu 4- just read it. It's long, but worth it, and a unique exploration of the causes and responses to the lynchings and general mob justice throughout the region.

2. "Memories of Genocide at the Hands of Germany Fuels Radicalism in Namibia"

In this piece for The Globe and Mail, Geoffrey York suggests that radicalism is growing in Namibia as a response to the German-led Herero Genocide (which took place at the beginning of the 20th century). Germans killed over 80% of the Herero population"through starvation, thirst, and slave labour in concentration camps." The Herero Genocide is often cited as "a significant influence on the Nazis in the Second World War. Many of the key elements of Nazi ideology – from racial science and eugenics to the theory of Lebensraum (creating “living space” through colonization) – were promoted by German military veterans and scientists who had begun their careers in South-West Africa, now Namibia, during the genocide." Today, the few Herero in Namibia are beginning what may be a long battle to reacquire land lost during the genocide. York's article features Vetaruhe Kandorozu, the elected regional councillor for Okakarara, unofficial capital of the Herero, who is championing for Herero rights, in spite of local Germans, who argue that "For a hundred years it was not an issue. It's because their population has increased and they don’t have enough land and they don’t live nicely. So they blame the Germans for it." If you haven't read much about the Herero Genocide, then definitely take a look at York's article- and after that, take a look at this response from Dan Moshenberg from Africa is a Country.

3. "EU Awarded the Nobel Peace Prize but what about Africa?"

In comparison to issues of leadership in Africa (which we covered last week with the lack of a recipient for the Mo Ibrahim Prize for Achievement in African Leadership), this week was filled with praise for leadership and governance in Europe. In her piece for Think Africa Press, Sitinga Kachipande examines the Nobel Peace Prize awarded to the European Union, and asks "What about Africa?" Here's a quote that pretty much sums things up: "Many African countries are still trapped in a neo-colonial relationship with European nations which promote uneven and unequal development, and European policies to Africa have at times contributed to chaos, conflict and destabilisation. Peer outside the narrow confines of Europe and the Nobel committee’s fantasy about the EU being the 'biggest peacemaker in history' quickly unravels."

For some different news out of the MENA region, Orlando Reade's article in Africa is a Country takes a look at Moroccan photographer Hassan Hajjaj. Here's a short excerpt for some context: "Hassan Hajjaj’s first memories of photography are from his childhood in Morocco. His mother would occasionally dress him in clothes sent from his father in England, cover him in perfume and take the whole family to the local photography studio for a family portrait. Then there were the street photographers in Lamache, the harbour town where he lived until the age of fourteen, “who would take pictures of you on a plastic horse, wearing cowboy hats and so on…” There is a similar colour and spontaneity to My Rockstars: Volume 1, a series of studio portraits Hajjaj has been working on since 1998, exhibited for the first time at The Third Line gallery in Dubai last month." Check out the photography: it's colorful, lively and a nice interruption to general discourses of chaos in the region.

There seems to be a growing trend of colonial apologies. Earlier this month, France apologized to Senegal and pledged a new beginning in the relationship between France and Francophone nations, and now France again has recently acknowledged a colonial massacre which took place in Algeria in October 1961 (Actually maybe it's just France). In Time (World) Bruce Crumley provides a history of the massacre, and French President François Hollande's recent "call for France to recognize what they maintain was premeditated police brutality that led to as many as 200 deaths." The piece also features really interesting photos from Algeria's Independence in 1962- It would have been nice if Crumley had considered the implications of these "apologies" as well, but it's still worth a read.

For more African news check back next Thursday.