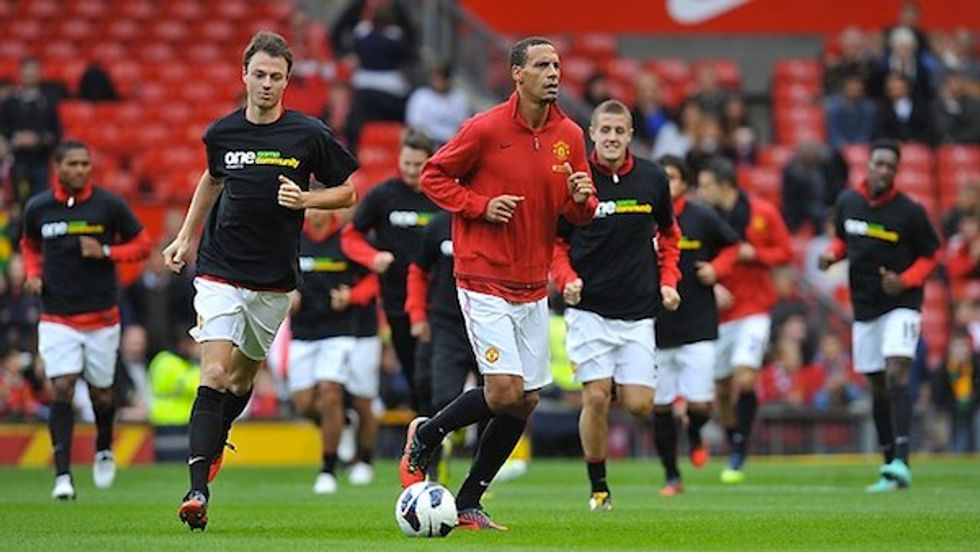 This week's Deeper Than the Headlines begins with a little history lesson. Did you know that back in 1979 acclaimed American writer Kurt Vonnegut wrote a piece about Biafra? Neither did we (Thanks to Tolu Ogunlesi for re-tweeting this). Biafra has been in the media a lot lately, particularly due to Nigerian author Chinua Achebe's new book "There Was A Country: A Personal History of Biafra," which has been a controversial piece of work to many. Vonnegut's piece is certainly interesting as he aims to "tell about an admirable nation that lived for less than three years." We don't want to give too much away but it's always powerful to engage with history as more and more is discussed- especially in terms of Biafra, through what many would agree has been a long period of amnesia.

2. African Viewpoint: Kicking Racism On and Off the Pitch

In the BBC News series, "African Viewpoints" Farai Sevenzo discusses the hot topic in Europe at the moment, and what seems to be always and forever- football and racism. For some context: earlier this month as an attempt to combat racism on the field and to be an example to the fans, football players in the UK were meant to wear a "Kick Racism Out of Football" t-shirt, and certain black players including Reading striker Jason Roberts and Rio Ferdinand of Manchester United protested by not wearing the shirt as they felt the movement was far from adequately addressing the real issue at hand. Sevenzo writes a compelling piece addressing the fact that sadly it seems racism is here to stay in Europe, and not just within the institution of football. His discussion of colonialism as necessary to understanding the dynamics of how race works within football in Europe is particularly insightful.

We've seen a lot of headlines this week discussing Rwandan opposition leader Victoire Ingabire. However, glancing at the headlines most articles have yet to delve into the larger issues surrounding Ingabire and the political realm in Rwanda. Jacey Fortin writes for International Business Times and explores the Ingabire sentence through the difficulty Rwandan's face in talking about ethnicity. Fortin notes that part of Ingabire's lack of popularity in the government is her quest to problematize conceptions of the Hutu as perpetrators of genocide as many innocent Hutu's were also murdered unjustly. As the title of the article suggest, it is indeed a "touchy subject" but we suggest taking a look to perhaps better understand Ingabire's sentence in terms of Rwanda's political history and present.

We've all heard promises like this before. Egypt's ruling party, The Muslim Brotherhood has started to implement new programming to address the poor political participation of women in Parliament. Check out this short BBC video to hear from some of the women in training, and a spokesperson for the party adamant that this program is not a ploy to improve their image. It all sounds nice, but when you see headlines like this coming from the same party, it's hard not to be a little bit skeptical of what this means for gender equality in the nation as a whole.

For some comic relief at last, we suggest checking out Tolu Ogunlesi's piece for YNaija. Ogunlesi describes his recent flight to Lagos, and gives us a slightly snarky anthropological break-down of how to understand Nigerians by how they travel. Example: "You see, Nigerians are full of BS like that. Make that ignorance-flavoured BS." Check it out, it's funny, and definitely has many airs of truth to it!

Be sure to check back for next week's spread!