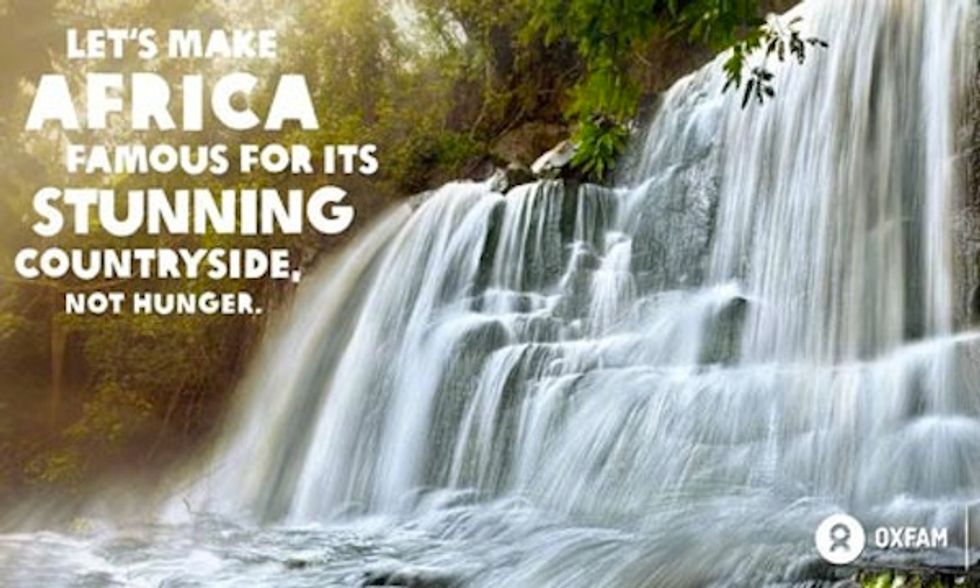 1. Talking Around the DRC

Most of the selections this week have to do with drone surveillance in the DRC. The cartoon above frames the conversation pretty well. "Gado, full name Godfrey Mwampembwa, is one of Africa's most influential cartoonists. He draws a daily cartoon for Kenyan newspaper The Nation, and his work has appeared in various other publications, such as Le Monde, The Washington Times and The Japan Times."

By: The New Times Team

An article from Rwanda's The New Times spells out the Rwandan government's response to the UN's efforts to institute a drone surveillance program in the neighboring DRC. "Olivier Nduhungirehe, Rwanda’s Deputy Permanent Representative to the UN, told The New Times vial e-mail yesterday that whereas Rwanda welcomes the Secretary-General’s intention to reconfigure MONUSCO [UN mission in Congo] by strengthening its capabilities and enhancing its operational mobility in order to implement its mandate, it is reserved on the use of a technology, whose implications are still being assessed. Nduhungirehe said, “We recognise that the use of Unmanned Aerial Vehicles (UAVs) in peacekeeping operations has far-reaching implications on national sovereignty and territorial integrity and thus believe that, as suggested by the UN Special Committee on Peacekeeping (C-34), a clear legal, financial, and technical assessment is needed before any endorsement of such technology is put forth”.

Continuing with the conversation surrounding intentions to institute drone surveillance in 35 African countries over the next year, All Africa shares an excerpt form the US Department of State Daily Press Briefing where Victoria Nuland, Spokewoman for the Dept. of State answers questions regarding the United States' position on the UN peacekeeping envoy in the DRC and their intention to use surveillance drones. A necessary read if you're looking for contextual information on what the drone program will constitute and there's even a quick mention of Joseph Kony.

Just a few weeks ago, Oxfam launched a new campaign, which attempts to dispel negative stereotypes of Africa that the West has consumed through charity and non-profit campaigns. "The British arm of Oxfam International called images of starving babies and other familiar depictions of Africa over the last quarter-century "manipulative and hopeless," desensitizing potential donors and leading them to the conclusion that conditions in the developing world can never improve." In this piece for the Guardian, Nigerian writer Tolu Ogunlesi poses a plethora of valid questions and hesitation towards the new campaign. Ogunlesi states, "That's, in a nutshell, the story. It left me a tad puzzled. A w-t-f puzzlement. As in: is Oxfam for real? Let's even forget, for a moment, that Oxfam has probably done far more than any other organisation in propagating these images. Let's focus on something else that struck me about the story: the way blame is being placed squarely on the shoulders of the images."

In response to Tolu Ogunlesi's opinion piece, Nick Futcher (Oxfam's acting Communications Director) penned a piece  for TheGuardian as well as defending the context of the campaign, and the intentions of Oxfam to challenge the way people in the UK think about 'Africa'. "The aim of the adverts is not to give a complete and holistic picture of the continent – that would be impossible. We hoped the viewer would question what they thought they knew about Africa and find out more. We are challenging leaders at the G8 to step up the fight against hunger and invest in the progress already achieved."

Check back next Thursday!