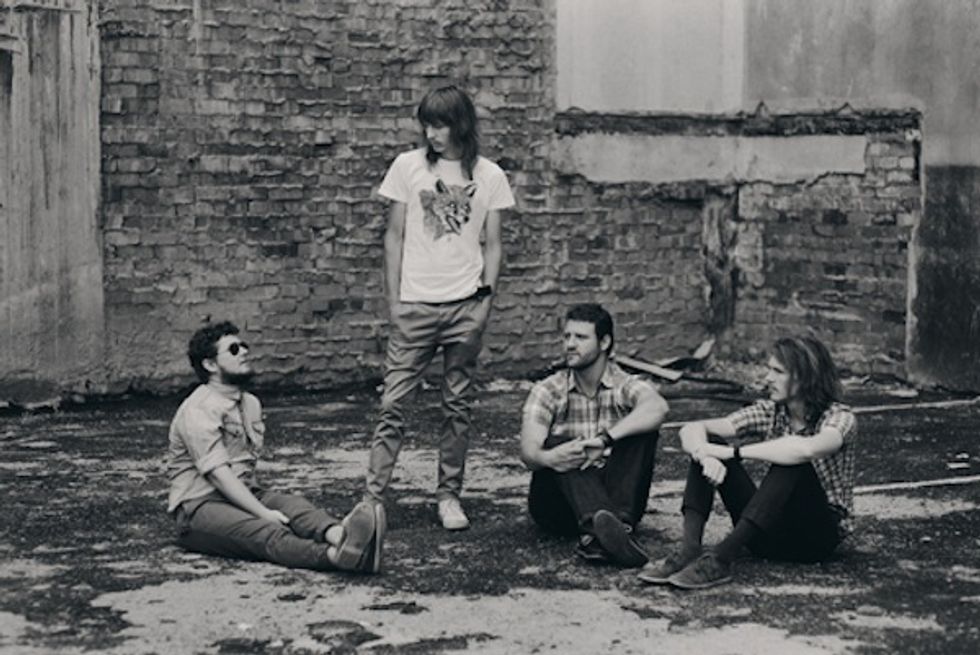 Okayafrica recently caught up with South African indie rock band Desmond & The Tutu's (quite a name-we know). Check out our conversation with them below, where we discuss the inspiration for their name, and possible plans to expand and bring their music overseas.

1. Who is Desmond and who are the Tutu's?

My name is Shane, I am the singer. Craig (my baby brother) is our drummer. Douglad (our childhood buddy) is our guitarist and Nic (Doug's brother in law) is the bassist.

We started the band quite young and a funny name was a huge priority for us. We loved the idea that you could take any celebrity's name and turn it into a hilarious band name by inserting "& The" between the first name and the surname. After going through about 3000 name options, each one equally hilarious, we decided to keep it South African and settled on Desmond. 7 years down the line, and the joke is a little stale to us but it reminds us of a simpler time!

3. Has there been any controversy with using the name (considering the iconic position of Desmond Tutu)?

We haven't had any complaints, in fact we got a letter from the arch's office saying that he is "proud to be associated with us". That's about as much official correspondence as we've had about the name. Of course our ultimate band dream is to have Desmond Tutu himself star in a music video!

4.When/How did you all come to start the group?

In 2005 Craig, Doug and I (after years of hopeless music aspirations) started working on material as Desmond and the Tutus. We could tell immediately that we were on to something special and recruited Nic to play bass. We came up with the band name after our first practice and that was it.

5. What genre would you say your music falls under? How is the band different from others in the genre?

We have called our music various vary pretentious things in the past, but we'll just stick with 'indie rock' going forward. What I believe sets us apart is the element of fun, it's a huge priority for us, we have to have fun and so does the crowd -  otherwise someones not doing their job!

6. Is this type of music very popular in South Africa?

Look, it's not gospel but there is great support for local rock bands all over South Africa and we have done quite well here. Of course we'd like to take our songs to the world, but it's a little more complicated than buying a couple plane tickets.

7. You all seem like a very energetic bunch and the music speaks to that as well... Does the long hair help with bringing that energy onto stage or is it just the look you prefer?

The hair holds the power! Many times I have contemplated getting rid of it and going for a more modern cut, but I care about my bands career too much!

8. If you could pick any "rock n roll" artist in the world to perform or record with, who would it be and why?

We have had the opportunity to play with many of our favourite bands in the last couple years (The Drums, Clap Your Hands Say Yeah, Bloc Party, Two Door Cinema Club).

10. What does the 'N' in "MNUSIC" represent? Why MNUSIC for your album's name?

Like a lot of what we do, there is no real explanation for the N in Mnusic. Dobson, the guy that acted in our infomercial for the album, kept pronouncing the word Music as if there was an N after the M, so we figured - that's it.

11. When is the next show so folks can go see you on stage?

We are always out and about, check out our website/facebook for info of when we're playing near you.

12. Lastly, do you all agree with these celebrity lookalike comparisons? (especially in the "Tattoo" video)

Never heard of them.