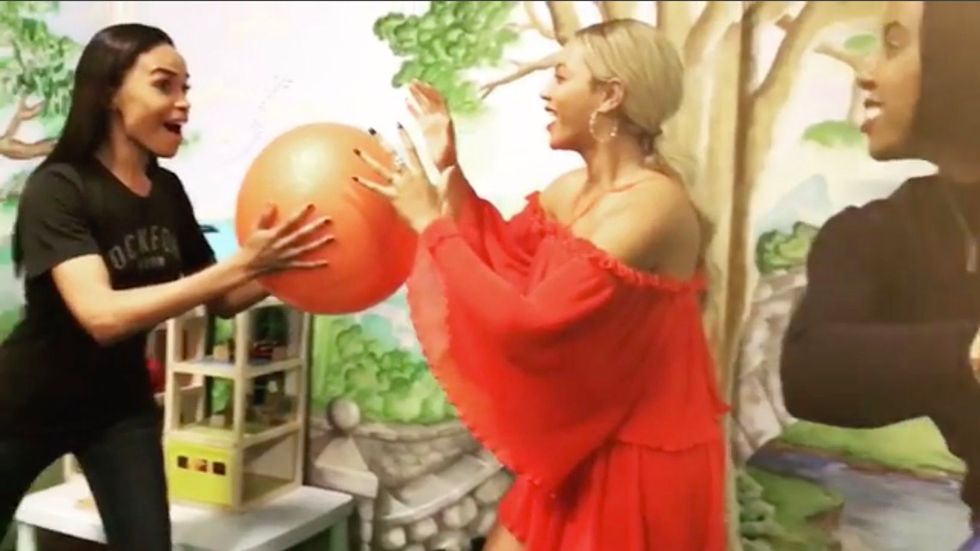 Watch a reunited Destiny’s Child win the #MannequinChallenge with some help from Lauryn Hill.

The #MannequinChallenge, if you haven’t heard, is the new viral video trend making the rounds on social media. In it, participants are seen freezing mid-action, ala a room full of mannequins doing really dramatic things. Rae Sremmurd had a pretty fantastic one recently. (And we at Okayafrica HQs have an official one in the works…)

But perhaps the greatest gift the #MannequinChallenge has given us thus far is a reunited Destiny’s Child.

That’s right, Beyoncé has joined forces with her former band members Kelly Rowland and Michelle Williams to bring us the ultimate #MannequinChallenge. The video was shot at a birthday party for Kelly’s son, Titan. And as if it could get any better, Lauryn’s Hill’s “Every Ghetto, Every City" plays in the background.