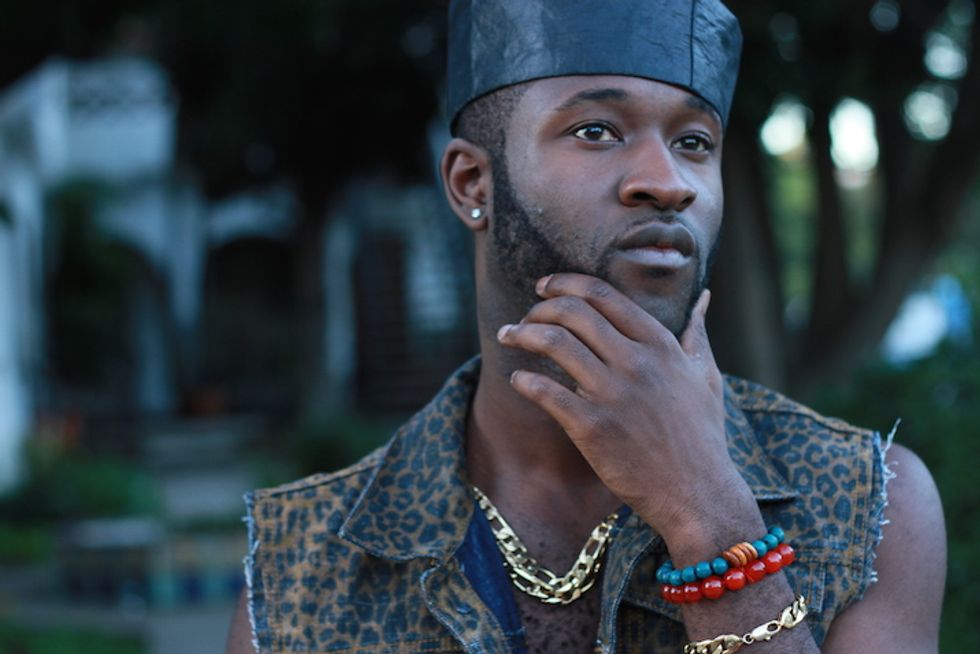 Ghanaian rapper Dex Kwasi first landed on our radar with the outstanding, tongue-in-cheek trap anthem "Africa (Trappin')" featuring Wanlov. Since then, he's released tracks with E.L and notable introspective music videos. For his latest single "You Mome," Dex Kwasi teams up with Ghana's hip-hop top guy Sarkodie for a song that flips a frequently used Ghanaian phrase into one of Dex's signature 'Afro-trap' productions.

"'You Mome' means 'You Rather'," Dex Kwasi writes to Okayafrica in an e-mail. "So, for example, the correct usage will be if someone says 'Hey Dex, you get all the girls,' knowing I actually do not, especially when the person telling me this actually has all the girls my response would be 'You Mome that has all the girls.'"

"[The song] came about one day I was in Accra with E.L. and Stargo riding around and went to my boys crib... to have a light smoke session at the Slab in Osu. One of my friends Ebo spoke highly about my ability to pull girls easily and I responded with 'You Mome,' the next thing u know it was echoed in a melodic way by Ebo, E.L. and Stargo, I happened to keep the chant going and had my iPad right with me so I sampled our vocals directly onto the iPad for later use. I got home made the beat with my Afro-Trap sound which is heavily influenced by 808s and African drums like the Kanye 808s & Heartbreak album [then] kept it for a week for a collab between me, EL and Stargo."

"But one late possibly intoxicated night a week later I decided to reach out to Magnom (Sarkodie's producer) about possibly doing a feature with Sark (I may have begged) so I sent that song with my verse already on it. Within 6 hours that verse was sent back to me and the rest was history. Sark went on to even big me up on social media as one of the best artists he has heard and fresh sound for Ghana that everybody needed to take notice of. It is definitely one of those national Ghanaian phrases everybody uses regularly so that's why it was probably that easy to make."

Stream Dex Kwasi and Sakodie's "You Mome," premiering with us below.