Dikembe Mutombo And The Mayan Apocalypse 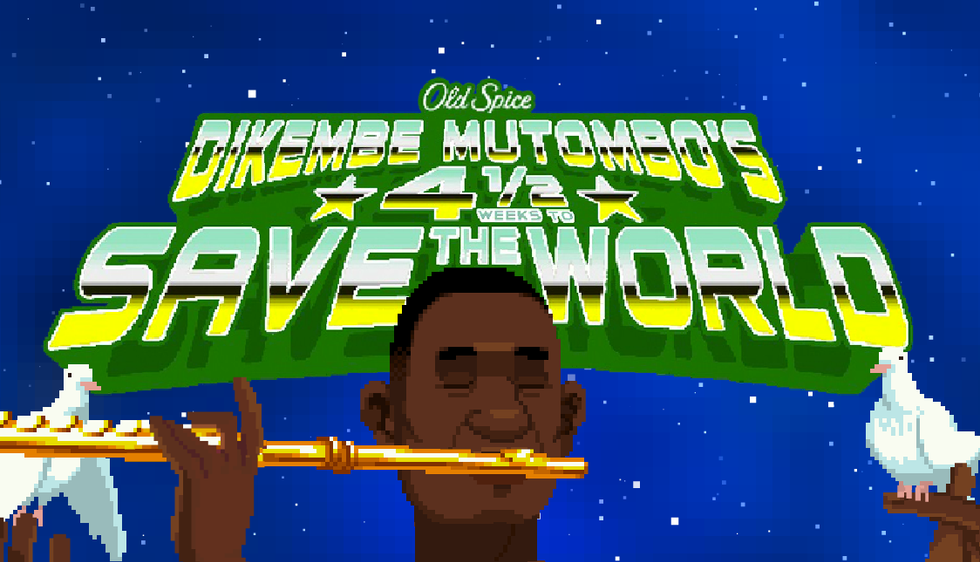 First, Angola's real life "rebel" Jonas Savimbi appears as a video game star in the new "Call of Duty: Black Ops II", now, Congolese NBA star Dikembe Mutombo saves Earth from the apocalypse popularly predicted by the Mayan calendar in this Old Spice-sponsored online video game. The game chronicles the events leading up to the notorious Dec. 21, 2012 doomsday. Dikembe confronts the Gangnam dance craze that distracts Americans from voting, as well as has Thanksgiving dinner with his animal friends, Science the Bear and Random the Turkey. Random? hell yes. The game's quirkiness borderlines stupidity. The conversation in the Okay office went something like this:

Nate: "This might be one of the greatest marketing ideas of all time. Also might be the dumbest thing I've ever seen."

Eddie Stats: "The fact that stuff like this is mainstream culture is the probably the most reliable indicator that the Mayan apocalypse is actually happening."

Play the game here if you've got 20 minutes free to dumb out.