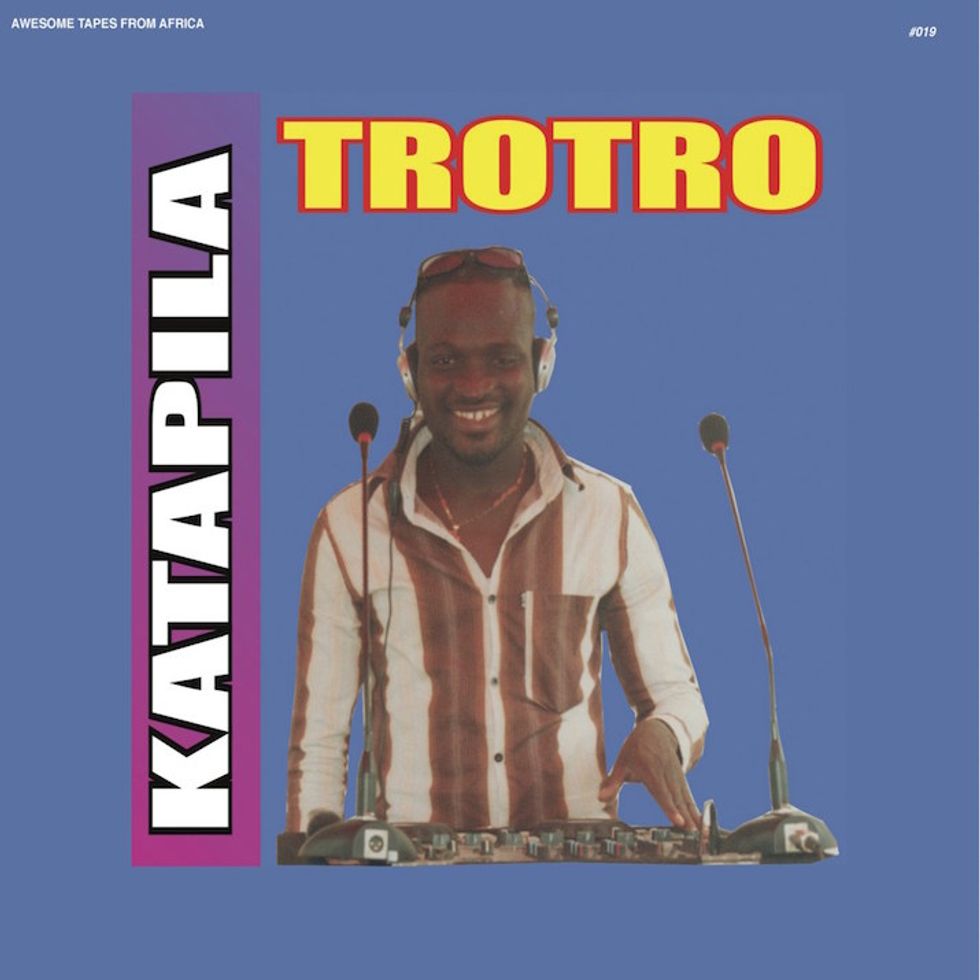 “Cocoawra” is easily one of the most insane tracks we’ve heard this year. Crafted by Accra-based producer and selector DJ Katapila, the song builds a traditional Ga rhythm out of a flurry of electronic drum pads, elements of Detroit and Chicago house & techno, and West African club influences.

“Cocoawra” is named after the Ghanaian porridge made out of fermented corn which can be found across the streets of Accra. In his track, DJ Katapila imitates the calls of ‘coco’ sellers while also rapping in Twi and Ga.

The mind-melting Ghanaian dance sound of 42-year-old DJ Katapila is summed up in his 2009 album Trotro, which is getting re-released next month by Awesome Tapes From Africa. The label adds:

“The uptempo, bass-heavy, Roland 808-rooted sounds [of DJ Katapila] echo early 1990s Detroit techno and Chicago acid house more than the contemporary hiplife productions blasting across Ghanaian airwaves currently. However, the structure of Katapila’s sound directly descends from Ga musical lineage found around Accra.The music contains remnants of the neo-traditional dance music forms gome, kpanlogo and gyama that he was immersed in as a youth.”

Hear the intense rhythm of “Cocoawra” and an equally nuts DJ mix from him below. Trotro is available for pre-order on iTunes and Bandcamp.