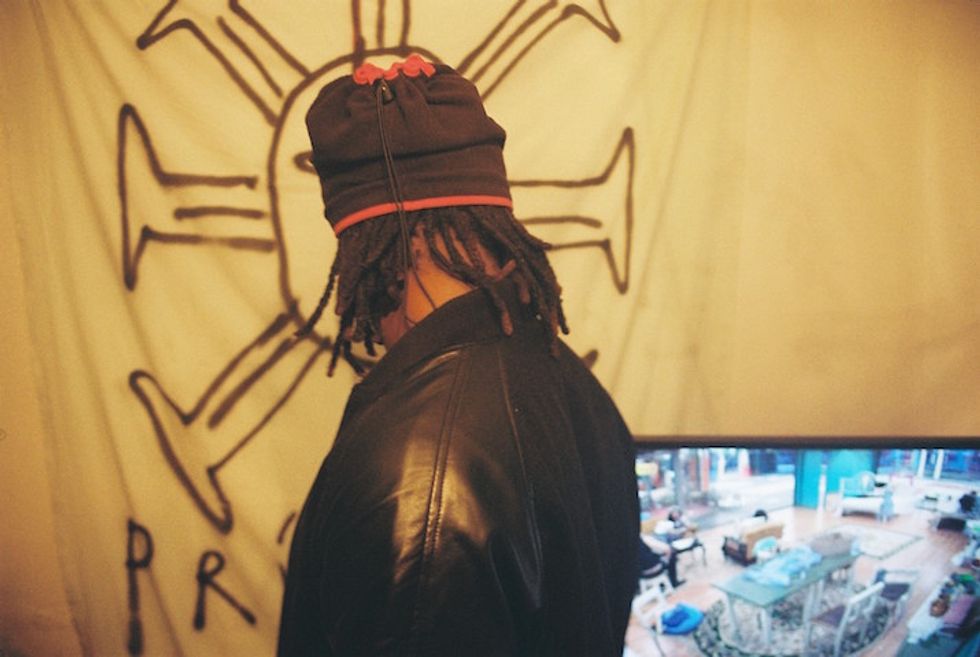 Angolan-born, Lisbon-based producer DJ Nigga Fox aka Rogério Brandão burst onto the scene with 2013's standout O Meu Estilo EP, which garnered praise from several outlets and was supported by the likes of Radiohead's Thom Yorke. The release encompasses a 5-song manifesto (its title translates to My Style) that introduces the producer's frenzied and rampant blend of Angolan kuduro, kizomba, and tarraxinha beatwork with underground bass and techno production.

The producer's explicit moniker came about from his experiences as a child. As his label tells us,  "when [Brandão] was a kid playing soccer in his street with the rest of the kids, they all used to call him 'nigga' and that stuck over the years, because yes, he was the only black kid on his street... he found no wrong or bad intention behind it, there really was no[ne] and there is no heavy thing attached to it today. The 'Fox' bit [came] because when he started there already existed a 'DJ Nigga'... and also as a homage to DJ Marfox [who] was quite influential [to] him getting started, listening to his tunes [after] meeting him [in] high school."

DJ Nigga Fox is now readying his sophomore Noite E Dia release through Lisbon's superb Príncipe Discos label (also the home of DJ Marfox). Noite E Dia's lead single "Um Ano" is a thunderous affair packed with waves of percussion and unrelenting horn & vocal samples that, once again, see the producer bringing about a wholly original dance sound. Stream "Um Ano" below and browse through a gallery of exclusive photographs of DJ Nigga Fox in his Northern Lisbon neighborhood of Ameixoeira, shot by Marta Pina, above.